“What happens on Wednesdays again??”

The “Parent Trap” star took to Twitter on Monday to tease her new Christmas rom-com opposite Chord Overstreet:

Titled “Falling For Christmas,” the “Freaky Friday” star will take on the role of “a newly engaged, spoiled hotel heiress” that “gets into a skiing accident, suffers from total amnesia and finds herself in the care of a handsome, blue-collar lodge owner and his precocious daughter in the days leading up to Christmas,” according to its official description.

While speaking to The Hollywood Reporter about her return to acting, Lohan compared acting to riding a bike. 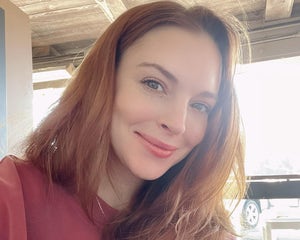 “My whole life, acting is like riding a bicycle. It’s just in me. It’s a part of me,” she explained. “Doing films, playing a character, it brings me so much joy to be able to share a story with people. To take people on that journey with me is such a blessing.”

“I am having a wonderful time working with Netflix and am discussing next steps! I would love to dive deeper and play a character who’s on a journey [of] self-discovery,” she told the publication.

According to Deadline, the 36-year-old has inked a deal with the streaming giant for two movies within the “Falling For Christmas” series. Lohan’s last appearance on the big screen was back in 2019 with her performance “Among the Shadows.”