“I wish things had been different between us. regardless, you are my sister and I’m sending love and prayers for your journey home.”

The son of Priscilla Presley and ex Marco Garibaldi, said on Instagram Friday that he hopes Lisa Marie is “now at peace and happy with your Dad and your son by your side.”

He also expressed regret, admitting he wished “things had been different between us.” Garibaldi went on to say “you are my sister and I’m sending love and prayers for your journey home. I still can’t believe this, I’m lost for words. Love you sis.”

He also acknowledged in the post that “the past couple years weren’t easy” for his sister.

Last week it was announced Lisa Marie had died. She was 54.

“It is with a heavy heart that I must share the devastating news that my beautiful daughter Lisa Marie has left us,” her mother Priscilla Presley confirmed.

“She was the most passionate strong and loving woman I have ever known,” she said in a statement. “We ask for privacy as we try to deal with this profound loss. Thank you for the love and prayers. At this time there will be no further comment.”

According to TMZ, the singer went into full cardiac arrest at her home in Calabasas, California on Thursday, where EMTs performed CPR on her before she regained a pulse. The outlet also reported her housekeeper was the one who found her unresponsive, while her ex-husband Danny Keough started performing CPR on her until paramedics arrived and she was rushed to the hospital.

Presley is survived by her three children — including twin daughters Harper and Finley, 14, and actress Riley Keough — and her mother; she had a son Benjamin, who died in 2020. 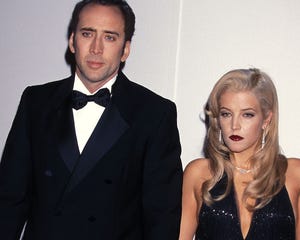