Andy Cohen calls her out for posting conspiracy theories about production, before Rinna makes a “major revelation” about who really threw Garcelle’s memoir in the trash.

Lisa Rinna was really in the hot seat for Part 2 of the “Real Housewives of Beverly Hills” reunion, as focus shifted to her on-camera attacks on her costars, as well as her controversial social media behavior.

First, however, Garcelle Beauvais and Diana Jenkins had to finish airing out their issues with each other — after Garcelle accused her costar of orchestrating the bot attack on her 14-year-old son Jax in Part 1. Jenkins insisted she wasn’t behind it, adding that the believes “nobody in this group would ever go after your sweetheart son.” Diana added she filed a lawsuit to try and uncover who really went after the teen, before Garcelle made it clear she didn’t “want to talk about her” anymore.

With that, Jenkins — who appeared virtually — was gone. 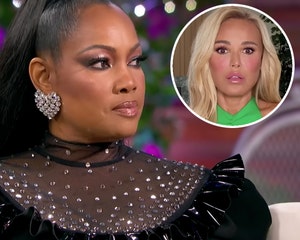 Following a short break, Andy Cohen then brought up Garcelle’s memoir, which made a lot of headlines after Erika Jayne posted a video which it appeared she had thrown her copy of it in the trash.

“Well, I have to be honest, I’m the one that threw Garcelle’s book in the trash. I did,” Rinna then admitted, shocking Andy before explaining herself. “Garcelle and I had a handshake agreement, the kids were off limits. About a year and a half later, she put my daughter Amelia in her book, in not a positive light and in a negative light and that was what I did.”

In the book, Garcelle simply retold something which happened on the show, where she was seen asking Rinna whether she felt Lisa’s videos of herself in her underwear may have had a negative impact on her daughter, Amelia, and her issues with food.

“Amelia shouldn’t have to be in Garcelle’s book in a negative light, no matter what,” Rinna shared, before Garcelle revealed Lisa’s lawyer reached out to Beauvais’ manager about the mention. “And then everyone got hot and heated about it,” added Rinna.

Garcelle explained that it was only one week before the book was scheduled to drop, so they all agreed to take Amelia’s name out of the second edition of the book, as well as the audiobook. “We’ve moved on,” added Lisa.

As for how Erika got her hands on the trash video, Rinna said she sent it to the group chat — which Andy was quick to point out must not include Garcelle. “There’s a separate group chat, obviously,” said Beauvais. Erika, meanwhile, said she posted it after Garcelle used a clip from the show in which she slammed Jayne to promote the book on Instagram.

“Erika took the brunt of this for a very long time,” said Rinna, adding that her family has since gotten better at recycling after the video sparked environmental backlash as well.  “That was a major revelation,” added Andy.

Following another commercial break, the questions kept coming for Lisa, as one viewer said it felt like she used her mother Lois’ death as a “scapegoat” for her “despicable behavior” this season — even though she had been “equally disgusting” to Denise Richards, Lisa Vanderpump and Kim Richards in the past.

She added she’s been working with a therapist, before Sutton Stracke said she felt Rinna had been particularly harsh on her … even after they had seemingly squashed their beef. “I don’t consider you a friend,” Sutton told her, adding that she felt like a “dead horse” who had been beaten so much she “turned into glue.” She added, “I really need an apology.”

Rinna’s social media posts — which Cohen called “disastrous” — then came up as a topic of conversation, with Andy even expressing his own frustrations with her. “You post some s— and I’m like, ‘What is she doing?!'” he exclaimed, bringing up how she even speculated that the show’s production could have possibly been behind the bot attack on Jax.

“I try to just express myself and I do,” she said, before he asked why she simply didn’t reach out to production and let them know she’s upset. She had no real answer there.

“Well … I don’t necessarily think I’m doing something when I first do it that’s bad,” she then added. “And sometimes I’m like ‘F—.’ I’m impulsive, we all know that. I am a work in progress. I’m gonna get better, I will. I get better and then I’m not. Just give me a chance.” 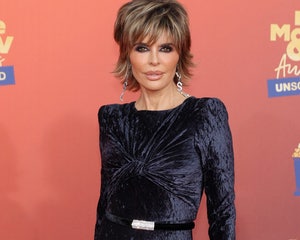 Lisa Rinna Reveals the Cause of Her Social Media Rants: ‘It Really Has Nothing to Do with Any of You’

When another viewer said that Rinna should be put “on pause” — aka temporarily fired from the show — for “posting racial microaggressions” and “just being a disaster on Instagram,” she exclaimed, “Put me f—ing on pause! Put me on pause. F—ing I don’t care!”

Lastly, Cohen brought up a deleted social media post in which she said she and her costars are called “racist” whenever they fight with Garcelle on the show. She added, “That’s bulls—. I will not accept that. I will express myself when and how I want and I am not afraid of any of you hoes.”

“Well, that got a little misinterpreted,” Rinna said of the post, adding that she was directly talking “to the trolls and haters coming at me” with her comments, not Garcelle.

“Sometimes what is said is perceived differently when it comes to us,” Garcelle responded. “Therefore, if you’re not around a lot of people of color … sometimes what you say could have an undertone of being racist. It could be a microaggression.”

The conversation ended with Dorit asking everyone if they felt any of them were racist, with Garcelle saying she did not. Added Kemsley: “I think we all have a lot to learn.”

Part 3 of the RHOBH reunion — which will include Kathy Hilton’s big arrival — airs next Wednesday on Bravo. 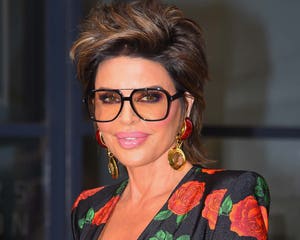