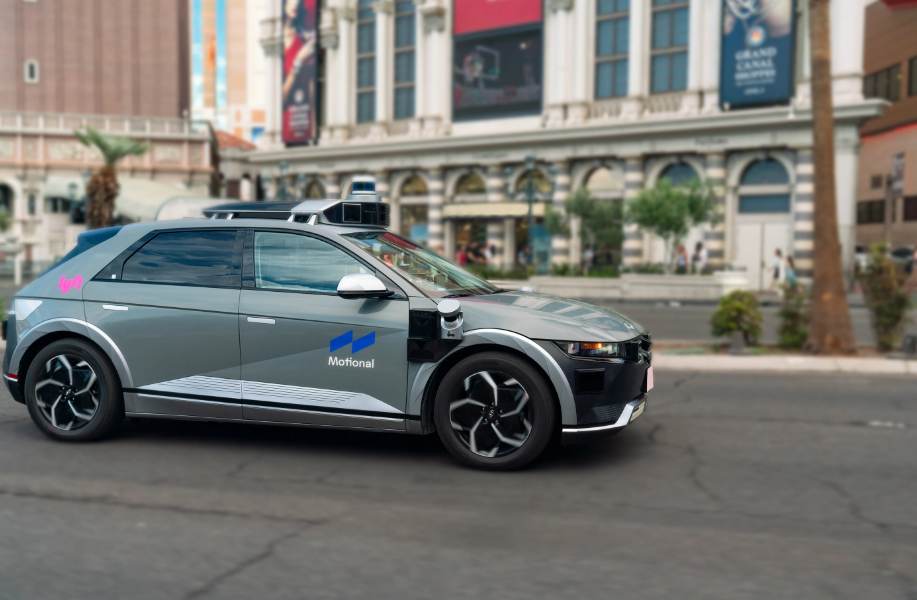 Motional, a $4 billion joint venture between Hyundai Motor Co. and auto parts maker Aptiv PLC, will provide Lyft with Hyundai’s Ioniq 5 electric SUVs. The cars feature over 30 sensors – cameras, radar, and lidar – that can detect objects from almost 1,000 feet away.

“Lyft’s powerful network is the ideal platform for deploying autonomous vehicles at scale. Motional’s driverless tech, combined with Lyft’s marketplace engine, brings us firmly into the self-driving future,” said Lyft Co-Founder and Chief Executive Logan Green. “We can’t wait for riders in Las Vegas to be the first to summon fully driverless cars on the Lyft platform.”

Riders who hail one of the cars can unlock the doors with their device and begin the ride using a display in the back seat. Remote agents will be available from the same screen. Motional and Lyft say this is just the beginning, and by 2023 they hope to have a much bigger fleet of self-driving taxis in Las Vegas, eventually reaching other cities in the U.S.

Right now, the service won’t quite feel like something from a sci-fi movie since human operators will be in the front seats. These safety drivers are there to take hold of the wheel should something go wrong. The companies say the service will at least give people a taste of the future, although it’s anyone’s guess when fleets of robotaxis become pervasive on our streets. There’s still a long way to go before that happens, especially where driving can be a little hectic.

Nonetheless, there are plenty of exciting developments in the world of self-driving delivery vehicles. Just recently, Motional teamed up with Uber Technologies Inc. to bring an autonomous food delivery service to the streets of California. As for taxis operating without safety drivers, it seems that right now, the only place you’ll see that is in Phoenix, Arizona, and San Francisco. The taxis belong to Alphabet Inc.’s self-driving car unit Waymo LLC.

Lyft and Motional say their cars will be without safety drivers come next year, which should be when passengers start being charged for their trips. Right now, rides will be free while the service remains in the testing stage. Anyone with the Lyft app can request one of the cars, with Motional saying no one will have to sign up for anything or be faced with an NDA.