Even more significant is the use of VW Group components in their make-up. The so-called Inglo platform – which has been developed in India while the cars were designed at Mahindra Advanced Design Europe in Banbury, Oxfordshire – will underpin all of Mahinda’s electric vehicles from now on.

It has been conceived with an equal focus on advanced battery hardware, computing power and human-machine interaction – with capacity for “exhilarating” performance and “excellent range and efficiency”, while simultaneously introducing a new virtual reality interface and 5G functionality to allow over-the-air updates.

Details remain unclear about exactly how similar Inglo and MEB – as used by the Volkswagen ID 3, Audi Q4 E-tron and Cupra Born – are related, but certainly Mahindra’s vision hinges similarly around the modularity of the new architecture, which will allow it to explore new segments and usher in a raft of new models while minimising development costs and streamlining its aftersales operations.

The Indian marque says the skateboard architecture is one of the world’s lightest. It houses common-format LFP batteries with a cell-to-pack design, ranging in capacity from 60kWh to 80kWh and capable of charging at speeds of up to 175kW – quicker than any MEB-based EV currently on sale. Meanwhile, a new battery management system has been integrated to ensure that intense charge-discharge cycles do not have a severe impact on battery longevity, thereby reducing waste and costs. 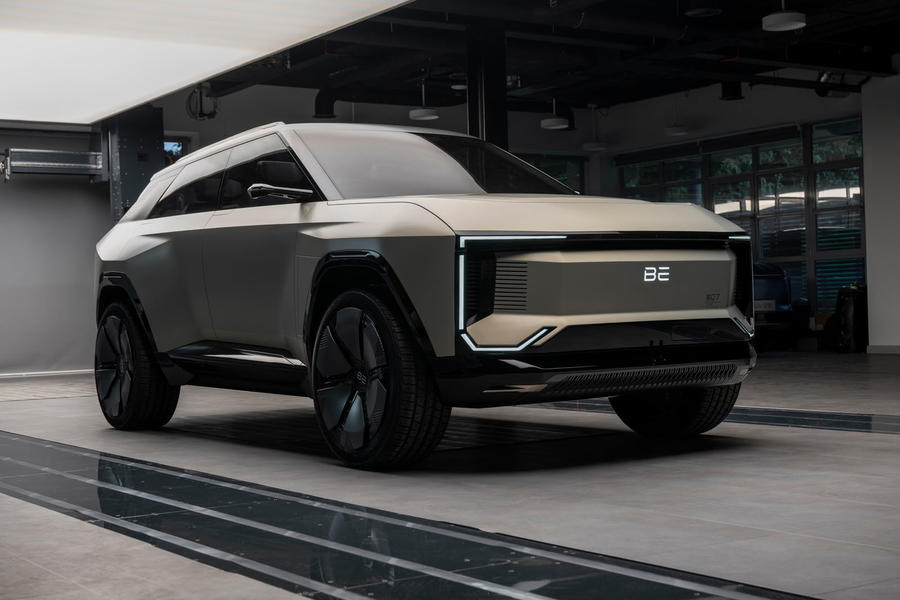