The reality star said some of Khloe’s “glory times” have been “stripped from her” due to Tristan’s infidelity.

While appearing on an episode of Carlos King’s podcast, “Reality with The King,” Malika — who is Khloe’s longtime best friend — opened up about how Khloe is doing in the wake of Tristan’s paternity scandal, in which the NBA player fathered a child with another woman while he was still in a relationship with “The Kardashians” star.

“I think she’s doing about as well as you could expect for someone in her circumstances,” said Malika, 39. 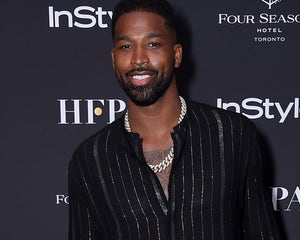 In January 2021, Tristan, 31, confirmed reports that he had cheated on Khloe, 38, — again –, and had fathered a son with Maralee Nichols, who gave birth to the baby boy, named Theo, in December.

Following the scandal, Khloe and Tristan split again, but they had previously made a decision to have another child together.

And in July, it was reported that the pair — who have had an on-again-off-again relationship since 2016, and share 4-year-old daughter True Thompson — were expecting their second child together. Khloe and Tristan welcomed a baby boy, via surrogate earlier this month.

During her appearance on the “Reality with The King” podcast, Malika said she thinks that some of Khloe’s “glory times” have been “stripped from her” due to the drama surrounding Tristan’s infidelity. 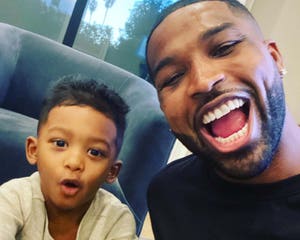 “She’s not the first woman to ever endure adversity in a relationship or be forgiving … but there are some glory times that are really meant to just be glory times,” the reality star explained. “And some of that has been stripped from her, and it’s sad, but she really is one of the strongest people that I know because she’s got a good head on her shoulders.”

“Faith is something else, and she’s got a great deal of it,” Malika said. “I’ll tell you that much. ‘Cause this ain’t easy. It’s not easy for me to watch, so I know it’s not easy for her.”

When asked if she’s the type of person who would intervene and call a man out if he did a friend wrong,” the actress replied, “Oh, for sure. Please.”

“Family is so important to both of us,” continued Malika, who shares son Ace, 2, with ex O.T. Genasis. “It’s not the same when it’s just you. We have these kids now. We have these babies, and their fathers are very intricate portions of their lives, and they’re good fathers.”

“What happens with the moms and the spouses, we can all sit here and say some s— should never happen, but it does,” she added. “And I think that’s when you have to continue to remind yourself of who the priority is, and it’s these babies.”