“There was enough blood in the river that the water turned a red tint in places,” said police who viewed video of the attack.

The 17-year-old high school student stabbed to death in a Wisconsin tubing confrontation has been identified — and the man accused of his murder has been officially charged in court.

During his brief court appearance, his bond was set at $1 million.

Family members confirm the Apple River stabbing victim, who was killed on Saturday, is 17-year-old Isaac Schuman. He was looking forward to his senior year at Stillwater High School. Read the family’s full statement below. @kare11 pic.twitter.com/6xUhjk5AMH

In the criminal complaint filed Monday, two officers from the St. Croix County Sheriff’s Department detailed the conflicting accounts of what went down over the weekend — one account from alleged witnesses and victims and another from Miu himself, conducted after his arrest.

Deputy Mitchell Schaeppi reported that the Department received numerous calls about a stabbing — before officers found 5 victims on the scene when they arrived, one who was later pronounced dead at Lakeview Hospital. About an hour later, police started receiving calls about the suspect, Miu, who was later detained and matched photographs provided by witnesses.

Schaeppi said he spoke with Miu’s wife, Sondra, who said she and her husband were at the river with some friends — and claimed he separated from the group to try and find one of their cell phones, which was lost. During the search, she said she witnessed “a group of guys” hitting her husband, before hearing “screaming.” When he returned to her, she said he claimed the others were “calling him a pedophile and attacked him,” taking his knife in the process.

The Deputy also shared accounts from witnesses and victims in the complaint, who said that Miu “was bothering a group of juveniles on their tubes” — a group who started “yelling for help from other individuals floating down the river nearby.” Per witness accounts given to authorities, Miu was eventually surrounded on three sides, but instead of retreating, started “punching or slapping a female that was in the group confronting him.” After being “punched by a male,” Miu allegedly “begun stabbing multiple individuals who were near him,” according to the complaint. 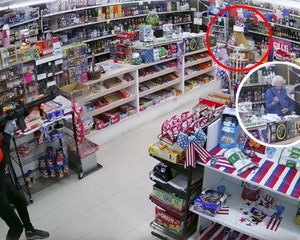 Schaeppi also detailed a video of the incident, which reportedly began with Miu approaching the group and attempting to “grab onto their tubes,” as those in the tubing party told him to “get away.” Per Schaeppi’s account, “in the video you can hear people expressing that ‘he was looking for little girls'” … and that the footage showed “opportunity for Nicolae to leave the confrontation.” Miu could reportedly be seen gripping a knife in his pocket in the footage, before “a commotion starts and multiple people converge toward” him.

After being pushed into the water and “slapped with an open hand on the left side of his face,” he attempted to get up and was pushed down again. After getting up a second time, he’s allegedly seen stabbing one of the men, per authorities. Following more stabbing motions toward other people in the group, Miu was then seen running off, authorities say. “There was enough blood in the river that the water turned a red tint in places,” added Schaeppi.

Lieutenant Brandie Hart also submitted a detailed account of her interview with Miu inside jail, following his arrest, in the criminal complaint. Hart said Miu claimed “it was self-defense” and accused the group of calling him a “child molester” before attempting to pull down his swim trunks after he approached them asking about a missing phone.

Miu allegedly claimed that they had two knives on them — one of which he was able to take from the person who first “attacked” him. He also reportedly “didn’t remember” if the knife “made contact with someone” after he took it — and was adamant he didn’t bring his own knife with him during his search for the missing phone. 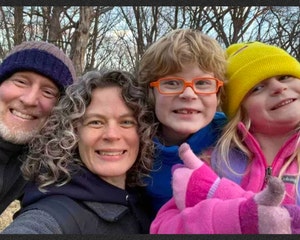 17-year-old Schuman was later identified publicly by his family, who released a statement saying their late son “entered every room with a big smile, infectiously positive aura, and lifted everyone around him up.” They continued: “He had an incredibly bright future ahead of him and we are all heartbroken and devastated beyond words that his future has been tragically and senselessly cut short.”

The other four surviving victims — who sustained stab wounds to their chests and torsos — included three men and a woman in their 20s. Their names have not yet been released to the public.

In court on Monday, public defender Jeremiah Harrelson said the incident was “a completely chance encounter on the river … a very unfortunate one.” He added, “this appears to have been an unanticipated random encounter … this is a case where something went wrong and escalated, resulting in some very unfortunate consequences. There are two sides of the story.”

Per the New York Times, however, Harrelson is no longer representing Miu.

A preliminary hearing has been set for August 12. 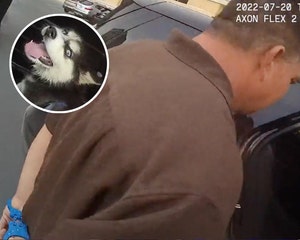