For handling, the switchable four-wheel drive system does indeed offer some rear-driven track adjustability and amusement factor if you use that secret-handshake-enabled Drift mode. But the rest of the time, the torque vectoring dynamic benefit you’re expecting to feel from the car’s better-balanced weight distribution, and that diff-mounted electric motor, doesn’t ever really materialise.

The new C63 rides with moderation on the public road and has good body control at faster road speeds, but it begins to jiggle and jounce, and to struggle to rein in its mass, on more testing surfaces. On circuit, you feel the impact of the car’s 2.1-tonne kerb weight in a tendency to push into gentle but persistent understeer through faster sweeping bends – and in a perceptible reluctance to shed speed in harder braking areas.

The C63 feels like a large and heavy car now, because that’s what it has become. That’s the plain truth. The extra dose of grip and agility that its predecessors offered relative to their bigger super-saloon siblings is gone. Want to hoof the rear axle into the sort of long, indulgent powerslide that so many C63s have felt made to do? Unless you’re in Drift mode, forget it.

But the loss of so much rich and demonstrative charm in this car overarching character is a much greater one than anything to do with its weight, or its handling. That’s the loss that the engineers will be powerless to mitigate over time, that advancing battery technology can do nothing to help.

It isn’t Mercedes’ fault that the classic, big-engined muscle saloon’s number is up – and neither can it be blamed for getting on with the job of replacing it. But here’s hoping that it’s not too late to come up with a better send-off for the genuinely block-busting AMG combustion engine, and for the compact AMG performance four-door, than this. 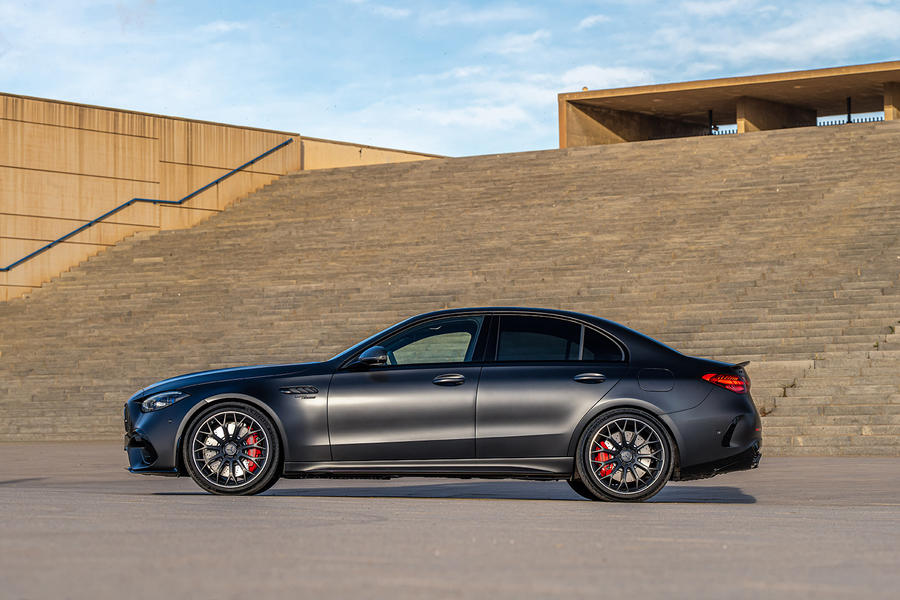