Mercedes-Benz will launch its own charging network, complete with up to 30 350kW chargers per site, across Europe starting this year, as the marque pushes to make electric vehicle ownership more accessible.

Each hub, which will offer quicker charging speeds than anything currently available, will be accessible by any electric vehicle owner at any time, but only Mercedes drivers will be able to book and reserve a charging bay, guaranteeing them a space.

Launching its plans at CES in Las Vegas today, the German firm will roll out the green energy-powered hubs simultaneously across Europe, China and North America, with 2000 sites to be situated across those major markets by 2027.

Plans for Europe will be announced in the coming months, but chief technology officer Markus Schäfer did not rule out the UK being one of the first countries on the continent to get a hub. 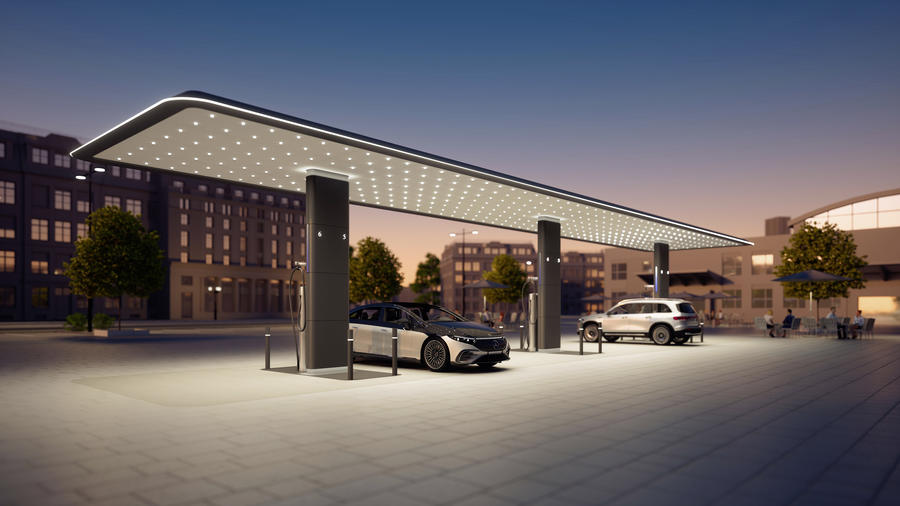 In North America, in which the first hub will be built, 2500 chargers across 400 sites are planned, situated “at regular intervals” near major roads and cities. A similar timeframe is expected for Europe, said Schäfer.

Each hub will offer between four and 30 high-powered 350kW chargers (Tesla’s 250kW Superchargers are currently the fastest, although most are available exclusively to Tesla owners) and will be covered, provide food services and be equipped with an array of surveillance to keep drivers safe when charging at a late hour.

“We are progressing really, really good in Europe. We have moved extremely fast, lightning fast, in a couple of months to get this all done and sealed and all the contracts in place,” said Schäfer. “The plan is to open the first sites in Europe this year.”

The move is one of a number from manufacturers to boost EV sales. Last month, Tesla offered 6000 miles of free charging at its Supercharger sites for those in the UK who took delivery of one of its models between 15 and 31 December.