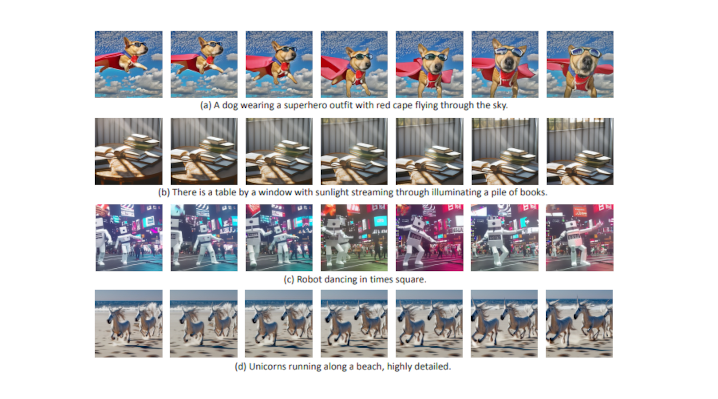 Make-A-Video can take a few words or lines of text as input and use them to generate a clip that is a few seconds long. According to Meta, the AI system is also capable of producing video based on existing footage or images. Meta researchers shared several clips that they have created using the system in a blog post published this morning.

“We gave it descriptions like: ‘a teddy bear painting a self-portrait,’ ‘a baby sloth with a knitted hat trying to figure out a laptop,’ ‘a spaceship landing on mars’ and ‘a robot surfing a wave in the ocean.’” detailed Meta Chief Executive Officer Mark Zuckerberg. “It’s much harder to generate video than photos because beyond correctly generating each pixel, the system also has to predict how they’ll change over time.”

Make-A-Video comprises not one but multiple neural networks, Meta detailed in a research paper. The neural networks were trained using training datasets that contained several million videos and 2.3 billion images. According to Meta, its researchers used a combination of manual and automated evaluation methods to check the reliability of the AI training process.

The first component of Make-A-Video is a neural network that takes a text prompt as input and turns it into an embedding. An embedding is a mathematical structure that AI systems can process more easily than other types of data.

After the text prompt is turned into an embedding, it’s passed to several other neural networks that turn it into a video through a multistep processing workflow. Those neural networks were originally designed to generate images rather than video, Meta detailed in the research paper. Meta adapted them to generate video by adding so-called spatiotemporal layers.

The spatiotemporal layers that Meta incorporated into Make-A-Video enable the system to turn a text prompt into a brief clip with 16 frames. The clip is then sent to another neural network, which adds 60 more frames to produce the final video.

Meta asked a group of project participants to compare Make-A-Video with earlier AI systems. “Raters choose our method for more realistic motion 62% of the time on our evaluation set,” Meta’s researchers detailed. “We observe that our method excels when there are large differences between frames where having real-world knowledge of how objects move is crucial.”

Another notable feature of Make-A-Video is that some of the neural networks it includes can be trained using a method known as unsupervised learning. The method is generally not supported by similar AI systems.