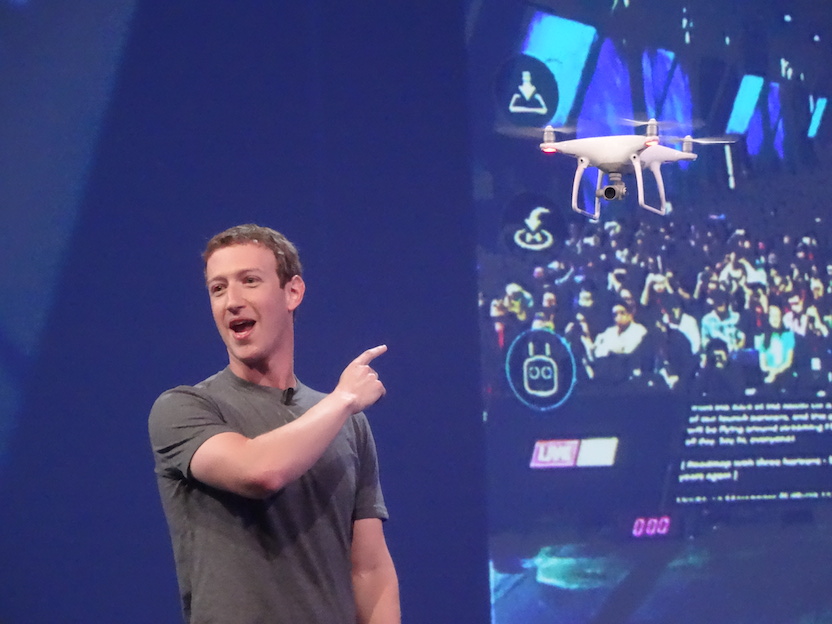 Shares in Meta Platforms Inc., the parent company of Facebook, dropped in late trading after the social media giant reported its first-ever drop in revenue in its latest quarter.

“It was good to see positive trajectory on our engagement trends this quarter coming from products like Reels and our investments in AI,” Mark Zuckerberg (pictured), Meta founder and chief executive officer, said in a statement that tried to accentuate the positive. “We’re putting increased energy and focus around our key company priorities that unlock both near and long-term opportunities for Meta and the people and businesses that use our services.”

The drop in revenue was blamed on both a weakening economy and ongoing issues caused by Apple Inc.’s iOS privacy update last year. Looking forward, the figures do not get better, with Meta saying it expects revenue to be in the range of $26 billion to $28.5 billion because of a “continuation of the weak advertising demand environment we experienced throughout the second quarter, which we believe is being driven by broader macroeconomic uncertainty.”

In Meta’s earning call, Zuckerberg said that the company was planning to reduce its headcount over the next year as a consequence of the “economic slowdown,” which is a nice way of saying that the U.S., and much of the world, are heading toward a likely recession.

“This is a period that demands more intensity and I expect us to get more done with fewer resources,” Zuckerberg said. At the same time, Meta’s headcount was 83,553 as of June 30, up 32% year-over-year, making Meta late to the party when it comes to the headcount cost-cutting party.

A day after Meta announced that it was increasing the price of its Meta Quest 2 headset, the company’s Reality Labs division, previously Oculus, also disappointed in terms of revenue. “We also anticipate third-quarter Reality Labs revenue to be lower than second-quarter revenue,” Meta Chief Financial Officer David Wehner said in the company’s earnings statement.

The price increase for Meta Quest 2 was justified as the result of the cost to make and ship products increasing. Amid a pending global recession, ongoing supply chain issues and a chip shortage, that’s understandable, but likewise, Meta may have decided that it needed to cut ongoing losses in the division. Those costs are considerable: Reality Labs bled $2.96 billion in the previous quarter and its revenue is not increasing, coming in at $452 million in the second quarter, down from $695 million in the first quarter.

Zuckerberg addressed the issues at Reality Labs on the earnings call, saying Meta is focused on its long-term metaverse investment versus maximizing short-term revenue from monetization. “Developing these [metaverse] platforms could unlock hundreds of billions if not trillions in revenue over time,” Zuckerberg said.

Discussing the news, Mytaverse Inc. CEO Kenneth Landau told SiliconANGLE that Meta has stumbled the most in the large-cap tech stock group, losing half of its value as a result of its struggling ad business.

“The metaverse should thereby not be judged against Facebook as the company is more of a legacy media brand moving into the streaming space versus a platform for advertisers since users are leaving the site in droves,” Landau said. “The industry can still thank Facebook though and their 500 publicists for actually helping to define the metaverse.”