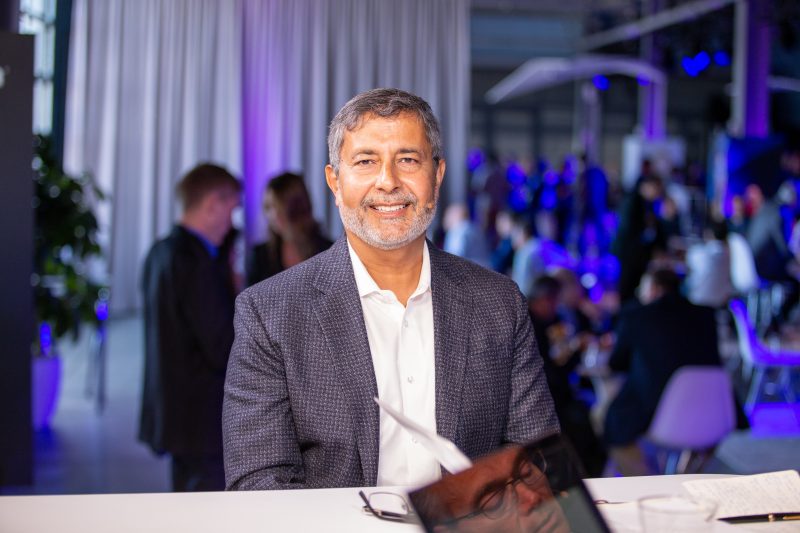 Shares of chipmaker Micron Technology Inc. fell in extended trading today after the company warned that its revenue is likely to decline by more than 50% in the coming quarter. It said it expects sales in the second half of the year to be boosted once customers work through existing inventories of chips, but in the meantime it plans to implement a number of austerity measures.

The company had just reported fiscal first quarter earnings before certain costs such as stock compensation of 4 cents per share, coming ahead of Wall Street’s estimate of a penny per share loss. Revenue for the period came to $4.09 billion, below Wall Street’s target of $4.15 billion and down from the $7.69 billion in sales it generated a year earlier. All told, Micron reported a net loss of $195 million for the quarter.

Where things got really ugly was with Micron’s guidance for the coming quarter. The company said it’s expecting a second quarter loss of between 72 cents and 52 cents per share on sales of between $3.6 billion and $4 billion. The midpoint of that revenue range is down 51% from the $7.78 billion in second quarter revenue it generated in fiscal 2022.

The forecast was much worse than analysts had predicted, with Wall Street looking for a loss of 32 cents per share on revenue of $3.92 billion. Micron’s stock fell more than 2% on the report.

Micron Chief Executive Sanjay Mehrotra (pictured) said in a statement the company did well to deliver first quarter revenue and earnings within its guidance range, given the challenging market conditions it faced. He also insisted that the company’s strong technology, manufacturing and financial position mean it’s well placed to navigate the near-term environment.

“We are taking decisive actions to cut our supply and expenses,” he added. “We expect improving customer inventories to enable higher revenue in the fiscal second half, and to deliver strong profitability once we get past this downturn.”

Micron specializes in dynamic random-access memory and NAND flash memory chips. DRAM is the kind of memory that’s commonly used in personal computers and servers, while NAND is the flash memory that’s found in smaller devices such as smartphones and USB drives. The company had warned investors of an “unprecedented” market downturn during its previous financial report in September, unveiling some drastic measures to protect its business. The plan called for a 30% reduction in total capital spending in fiscal 2023, cutting back by about $8 billion overall. It also said its spending on wafer-fab equipment would be scaled back by 50%.

Today, Micron announced yet more austerity measures, saying in a filing with the Securities and Exchange Commission that it’s planning to cut around 10% of its staff in fiscal 2023. The job cuts will be taken “through a combination of voluntary attrition and personnel reductions,” the company said. The company added that it expects to lose around $30 million in restructuring costs during the second quarter.

In addition, Micron has also suspended share buybacks for fiscal 2023, as well as productivity programs and company bonuses. In a conference call with analysts, Mehrotra also said executive salaries will also be “cured” for the remainder of the year. Despite these measures, he said the company will struggle to turn a profit this year.

Interestingly, Mehrotra said he expects prices for DRAM to rise by around 10% this year and NAND by as much as 20%. He explained that demand for both is currently well below historical trends, and so there are future expectations for growth once customers work through their stockpiles of chips.

That said, Mehrotra also warned that data center and cloud sales, which were previously thought to be relatively safe, are showing some softness due to tight consumer spending.

“We do absolutely expect that once we get past the current macroeconomic environment and macroeconomic weakening, longer-term trends for cloud will remain strong,” Mehrotra said. “In terms of the current environment, yes, inventory adjustments and some impact of cloud and demand weakening as well. That’s impacting our overall data-center outlook.”

The CEO insisted that Micron’s customers will resume buying during the second half of the year, however. “By mid-calendar ’23, we are projecting that inventory at customers will be in a relatively healthier position by that time,” he said. “[That’s why] we say that our second half of fiscal-year revenue will be greater than the first half.”