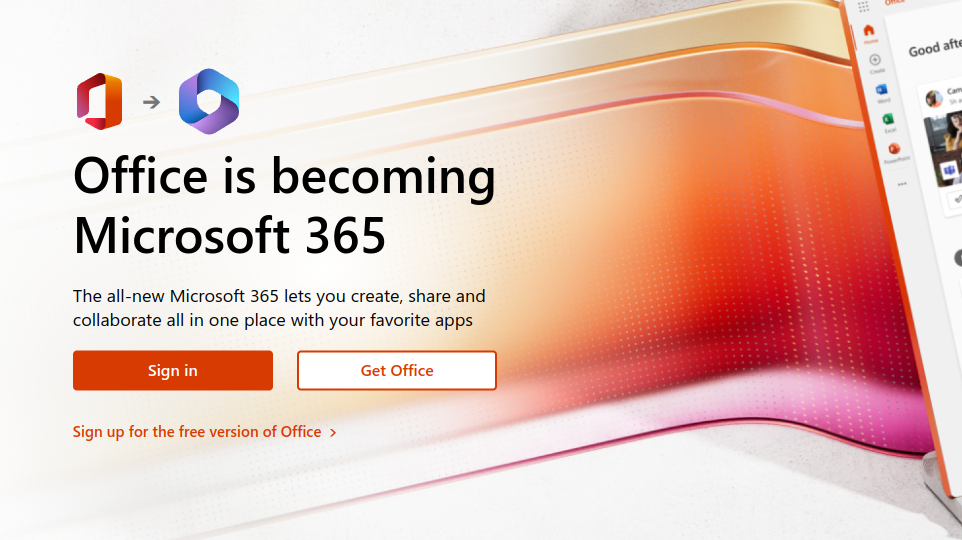 The change doesn’t mean applications like Outlook, Word, Excel and PowerPoint will disappear, but they will instead be lumped under the Microsoft 365 umbrella, as opposed to the Microsoft Office branding.

The Microsoft 365 branding is not entirely new. The company appears to have been planning this transition for some time, having renamed Office 365 subscriptions as Microsoft 365 around two years ago.

Microsoft said the first changes will be seen in November, when the online Office apps available through Office.com will switch to the Microsoft 365 branding. Then in January 2023, the Office application built into Windows 10 and Windows 11 will be renamed, followed by the mobile Office apps for iOS and Android. The apps will be rebranded via an update and given a new logo, as seen above.

“In the coming months, Office.com, the Office mobile app, and the Office app for Windows will become the Microsoft 365 app, with a new icon, a new look, and even more features,” Microsoft explained in an FAQ.

As such, Microsoft 365 will expand to include multiple products, including Teams, Word, Excel, PowerPoint, Outlook, OneDrive, Loop, Clipchamp, Stream and Microsoft’s new Designer app. The central Microsoft 365 app for mobile and desktop will include a feed of relevant meetings and colleagues, plus a hub for all of your documents, and custom tagging to better group and organize content.

The Microsoft Office brand won’t completely disappear however. The company said that existing Office 365 accounts aren’t being rebranded yet. In addition, Microsoft will continue to sell perpetually licensed versions of Office apps such as Word and Excel under the Office 2021 branding. In other words, Microsoft Office has been relegated to a legacy brand.