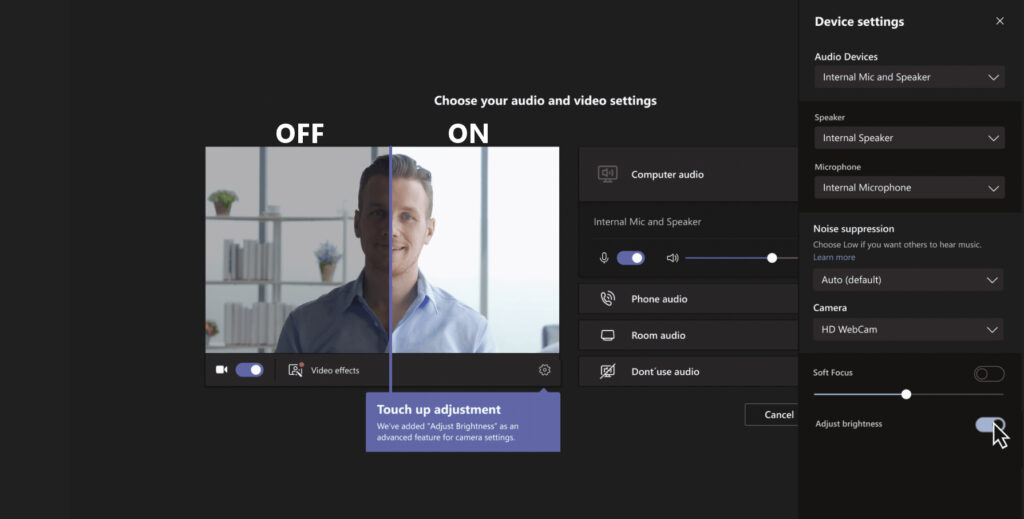 New machine learning and artificial intelligence features in Microsoft Corp.’s Teams promise to improve the sound quality of meetings and calls dramatically, even in challenging situations.

The changes seek to address issues such as background noise, poor acoustics and quality when users are not using a headset. On that last in particular, problems often arise from to the proximity of microphones and speakers creating a feedback loop where incoming audio from a speaker is received by a microphone and then rebroadcast.

The machine learning now used by Microsoft Teams is now said to prevent unwanted echos, a “welcome addition for anyone who had had their train of thought derailed by the sound of their own words coming back at them,” AI and Machine Learning Program Manager Solomiya Branets wrote on the Microsoft Teams blog.

Microsoft says the model goes a step further to improve dialogue over Teams by enabling “full-duplex” sound. The ability allows users to speak and listen simultaneously, allowing for interruptions that make the conversation seem more natural and less choppy. This directly addresses a common issue with teleconferencing where one person tries to speak simultaneously over another person.

On the acoustic side, Teams now use AI to reduce reverberation, improving audio quality from users in rooms with poor acoustic qualities. The feature means that users sound like they’re speaking into a headset microphone, even in a large room where speech and other noise can bounce from wall to wall. Audio using the feature is claimed to sound no different from conversations in an office.

For video, Microsoft has previously released AI-based video and screen sharing quality optimization breakthroughs for Teams. The feature includes automatic adjustments for low light to optimizations based on the type of content being shared.

“Disruptive echo effects, poor room acoustics and choppy video are some common issues that hinder the effectiveness of online calls and meetings,” Nicole Herskowitz, vice president of Microsoft Teams, said on the Microsoft 365 blog. “Through AI and machine learning, which have become fundamental to our strategy for continual improvement, we’ve identified and are now delivering innovative enhancements in Microsoft Teams that improve such audio and video challenges in ways that are both user-friendly and scalable across environments.”