Scottish start-up Munro will take on the upcoming Ineos Grenadier with a rugged, go-anywhere SUV of its own – only this one is an EV.

Freshly unveiled in Edinburgh and named after the honorary title given to any Scottish mountain over 3000ft, the Munro Mk1 will arrive next year in five-door station-wagon form, with prices starting at £59,995 (commercial users can knock VAT off that figure).

While the initial batch will be hand-built, Munro is planning to open a factory with capacity to produce up to 2500 cars per year, making it the first manufacturer to produce cars in volume in Scotland since the Peugeot-Talbot factory at Linwood closed in 1981.

Beyond its new-age powertrain, many of the Munro’s specifications read like those of a traditional off-roader. It sits on a ladder-frame chassis and uses live axles at both ends, with permanent four-wheel drive, a standard locking centre differential and optional front and rear lockers. 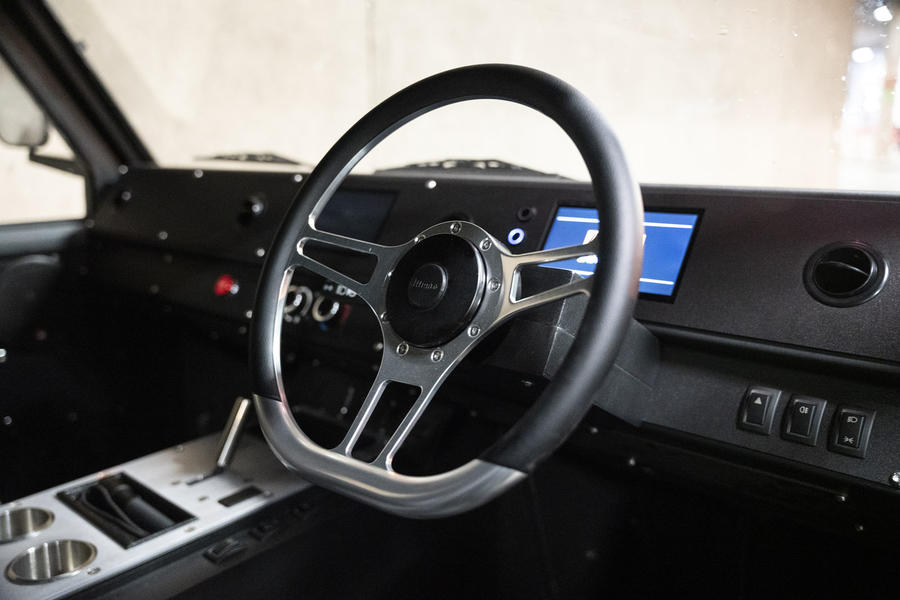 Power comes from a single axial-flux motor, which sends drive to each corner mechanically through a twin-speed transfer box, giving a low-range ratio. As such, it takes pretty much the diametric opposite approach to the forthcoming electric Mercedes-Benz EQG with its individual wheel motors with integral two-speed transmissions.

Munro will offer both 295bhp and 375bhp motor options, as well as 61kWh and 81kWh batteries, spread across three separate packs, one between the chassis rails and two positioned between these and the sills. The more powerful motor will only be available with the larger battery.

In its most economical guise, Munro is targeting a 190-mile WLTP range rating. The Mk1 will support AC charging at 7kW and 22kW as well as DC fast-charging.

The more powerful motor will give a claimed 0-62mph time of 4.9sec. Top speed is limited to 80mph.