The BMW M2 proudly picked up where the previous car, the 1M, left off

The BMW M2 is a time machine. It’s a sports car that harks back to M-cars of old, when they were smaller, lighter and less expensive than today’s counterparts. Perhaps it became a hit precisely because of this.

Its predecessor, the limited-run 1M, had certainly confirmed buyer interest in the concept. The M2 simply picked up where that car had left off – albeit on a larger scale. While BMW only built 450 1Ms for the UK, it upped that figure to 2000 for the original M2. We say ‘original’ due to the later arrival of the Competition and CS, but we’ll save those for later on.

Peak torque of 369lb ft is available from just 1400rpm, so it pulls like a train everywhere and, if provoked, is happy to unstick its rear end and slide around. It isn’t just a smoke machine, though; an M2 can be driven with poise and precision, and it’s incredibly rapid when you do so. 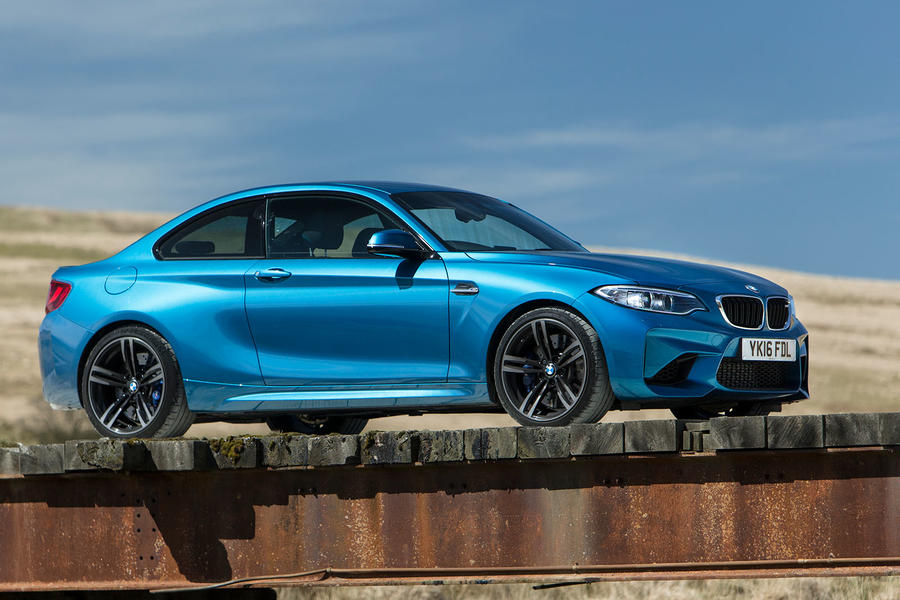 In fact, around the Hockenheim racetrack in Germany, it could out-pace its BMW M3 and BMW M4 siblings of the time. Turns out that lessening weight and decreasing size pays off. Who’d have thought it, eh?

And then the M2 Competition rocked up in 2018 to replace it, in doing so adding even more punch – as if the model was desperate for it. The Competition gained not only the twin-turbo 3.0-litre from its bigger M siblings, for a total of 404bhp, but also the carbonfibre front strut brace and bulkhead brace, increasing rigidity for more precise and accurate steering. It rides on larger 19in rims and gets lowered suspension, too.

Compared to the original, this version is shaper and more polished in every way. It’s a more honed performance car, but some might miss the more unruly and thrilling nature of the M2’s first iteration.

In 2020, the swansong had its debut, wearing the ‘CS’ badge and bearing 444bhp. That extra grunt, combined with more aggressive gearing, means the M2 CS feels noticeably punchier than the Competition and surges forward with incredible determination. 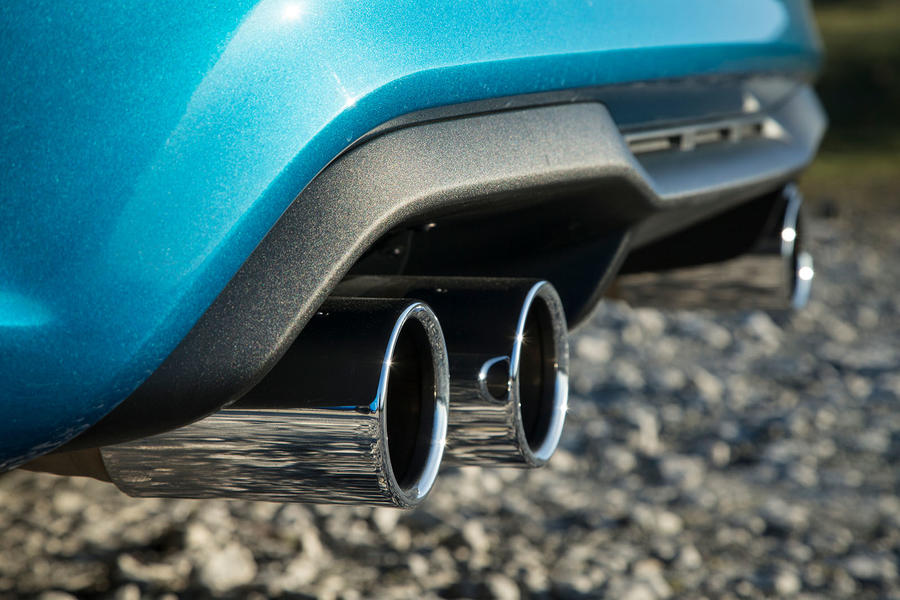 The CS is even more delicately controllable, too. With its sharper steering and an electronically operated M differential, you have even more confidence to play with the balance of the car. It’s more immediate through quick changes of direction, with less roll and better-resolved body control. The CS remains more brutish than a Porsche Cayman GT4, but its driving experience remains nothing short of spectacular.

On the used market you’ll need at least £75,000 to get this masterpiece, mind you – and they aren’t common, having only been around for a year. The Competition is less rare and starts from around £32,000, while the original M2 can be had for upwards of £27,000.

Competition: It is more polished than the model it replaced and feels more like an M-car but won’t cost CS money. Thickly bolstered sport seats have ‘M’ logos in the headrests and Alcantara and carbonfibre trim are dotted around. 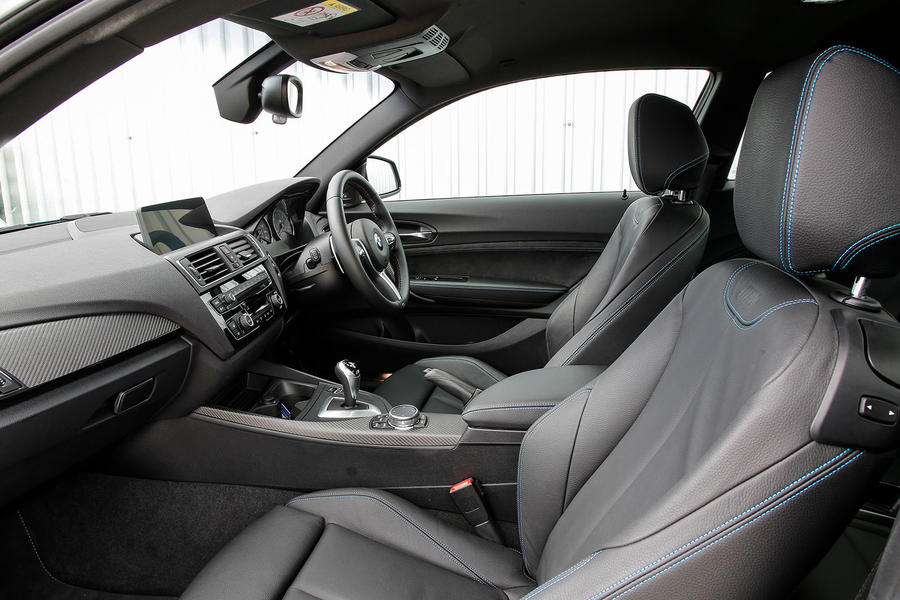 Manuals tend to cost a few thousand more than automatics. A manual Competition starts around £7000 more than an auto.

Four average-height adults fit inside an M2 with ease. You’ll see more than 30mpg if you’re sensible, but that drops to around 15mpg if you’re not.

Road tax for M2s registered after April 2017 will be £165 per year, as opposed to the £330 per year of those registered before then.

Reliability: In sibling brand What Car?’s Reliability Survey, the 2 Series as a whole ranked fifth out of 15 in the coupés, convertibles and sports cars class. As a brand, BMW placed 16th out of 32 manufacturers featured. These are confidence-inspiring results. 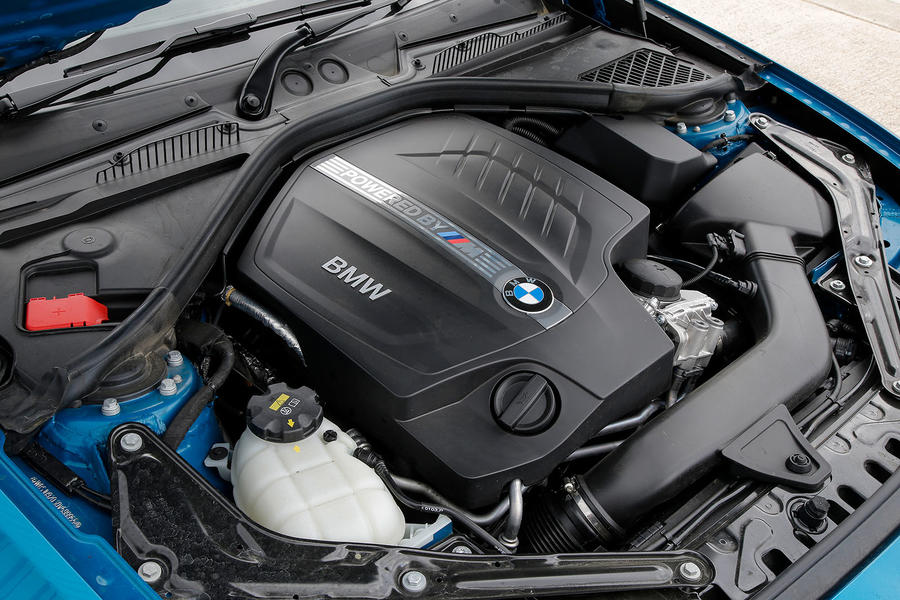 Insurance groups: The original M2 sits in insurance group 42, while the more hardcore Competition model rises to group 47. The CS goes even further, finding itself in the highest insurance group, 50. Needless to say, any M2 is going to be expensive to insure.

3.0 BiTurbo: This is the Competition’s engine. It sounds more distinctive than the original has more power. It’s more eager to rev and has a redline up from 7000rpm to 7500rpm.

CS: If you can afford it, the M2 CS is one of the best driver’s cars in recent years. Because of this – as well as low production numbers – it should hold its value exceptionally well.