The new BMW XM is the first electrified car from the company’s M performance division and only its second completely bespoke proposition, following the M1 supercar of 1978.

It is also the division’s most potent and expensive car yet, with orders opening now from a Range Rover P510e-rivalling £144,980 and the promise of a range-topping ‘Red Label’ variant in 2023 with 738bhp – over 100bhp more than the current BMW M5 CS.

The CS is edged by even the standard XM seen here, which packs a combined 644bhp and 590lb ft from a newly developed PHEV system. It pairs M’s familiar (but “extensively updated”) 4.4-litre twin-turbocharged V8 with a new electric motor – integrated into the eight-speed automatic gearbox – producing 194bhp and 207lb ft in its own right. Working together, the two powerplants send the XM from 0-62mph in just 4.3sec and on to an optionally derestricted 168mph top speed.

With hefty upgrades to the petrol element of the drivetrain, the Red Label car will boost total outputs to 738bhp and 738lb ft – making it the most powerful nonelectric SUV on the market.

BMW also points to the enhanced efficiency afforded by the hybrid boost. The launch-spec XM posts a return of 188.3mpg on the WLTP cycle, emitting 33g/km of CO2 and claiming an EV-only operating range of between 51 and 55 miles, courtesy of a 25.7kWh battery mounted under the floor.

Power is sent to both axles and split between the two according to demand by an electronic multi-plate clutch, which in 4WD Sport mode increases the amount of power heading rearwards to ape M’s characteristic reardriven handling dynamics. A differential on the rear axle is also capable of splitting torque between the left and right wheels as required to “nip understeer in the bud without the need for brake inputs”, while a 48V anti-roll function enhances accuracy and precision in cornering.

BMW promised the radical XM concept it showed last year was “more than 90%” ready for production and indeed the final car will arrive in dealerships next spring with only minimal design changes. M division CEO Frank van Meel told Autocar the prevailing ethos for the XM is ‘extroverted luxury’. “It’s got this rock star image of on-stage/backstage,” he said. “The car itself is more like the front of stage, but at the same time in the second seating row you have this cosy seating bench which is more like the backstage area.”

Indeed, the rear seating area has been devised as an ‘M Lounge’, placing more of an overt focus on occupant comfort than any M car before it, with integrated phone holders, luxurious quilted leather, a dedicated rear infotainment screen, a tablet mount and USB-C ports among the standard features.

It’s a similar story up front, although the XM does place more of a focus on driver engagement than the similarly sized BMW X7. There are M-specific display modes for the wrap-around infotainment screen, M buttons on the steering wheel, carbon shift paddles, M-specific pedals and various sports-themed finishes and trim elements throughout to mark this out obviously from a standard BMW SUV.

Asked whether it should be considered as a sports car, van Meel told Autocar: “It’s a very big car, but it’s really easy to drive very precisely. Of course, it helps if you have a big battery on the floor because your centre of gravity goes down, which gives you more possibilities on the suspension to be precise, but at the same time you have comfort because the car is not rolling so much.

“And if you have real civilisation systems, that also helps. So you can make quite a fast good car out of that. Is it a race car? Of course not. It’s not a super-sports car. But we didn’t want to make a super-sports car because the segment that is the fastest growing and the biggest at this time is the SUV segment.” 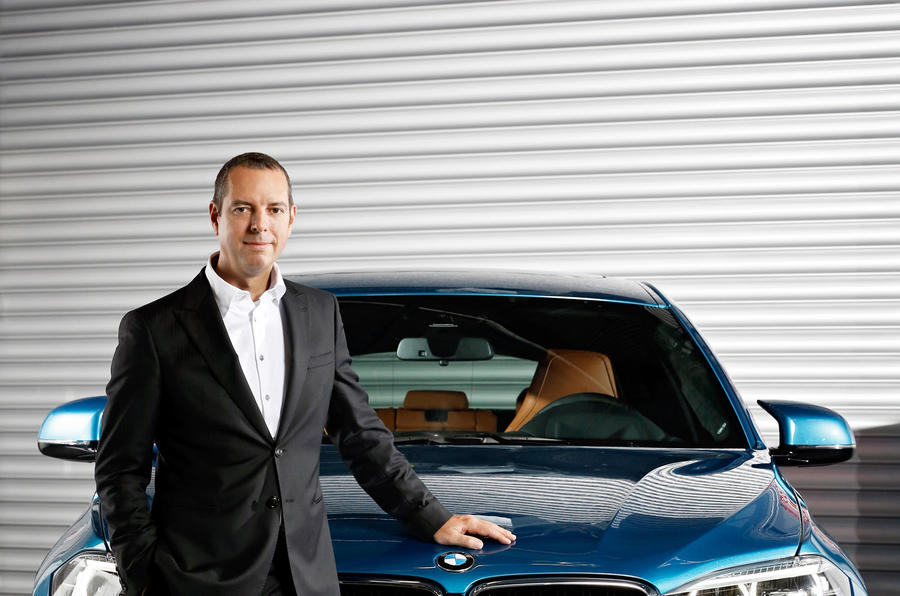 With the XM and the upcoming M2, is the M line-up complete? “It is more or less complete, I think, and the two acts are the bookends of M. We do not make a high-performance version of every BMW product there is, whereas with the M Performance vehicles, we try to offer one of almost every BMW – unless it’s a multi-purpose kind of product. But for the high-performance Ms, I think this is more or less it. It makes no sense to make any new completely different M vehicles.”

What does the XM mean to M division? “It expands our product portfolio, which is obvious, but it also expands our customer group – because we had a customer group missing that was always asking us: ‘You can buy a G-Class or you can buy a Lamborghini Urus – these are very bold, extroverted vehicles – and of course, Aston Martin has the DBX. Why is there no M?’ So you can see that all these SUV-like extroverted cars are coming because there’s a huge demand, and we did not have an answer. So we wanted to create an offer for that customer group, because we had some people wanting to join the family, but they didn’t have the right offer.”

Why not just make an M version of the X7? “Because the XM is an M-only vehicle we wanted to have. For instance, a G-Class is not a GLE or GLS. It is a purpose-designed, specific vehicle and we also wanted to do that. Because in that group, they want something really out of the ordinary. And it should be unique, extroverted and bold – and it should be a statement by itself but also for the ones that drive the car. That was the reason behind the XM.”