The long-awaited Hyundai Ioniq 6 – the Korean firm’s strikingly styled answer to the Tesla Model 3 and Polestar 2 – will break cover in a matter of days.

The second Hyundai model to use the modular E-GMP skateboard architecture, the Ioniq 6 is described as an ‘electrified streamliner’ in reference to its monolithic, curved silhouette – previewed in 2020 by the rakish Prophecy concept – which showcased an overarching focus on aerodynamic efficiency.

Hyundai has yet to give a full reveal date, but says it will show off the new saloon’s exterior and interior designs later this month. A new official sketch suggests the Prophecy’s ethos survives into production, albeit with a number of alterations aimed at improving usability and practicality. 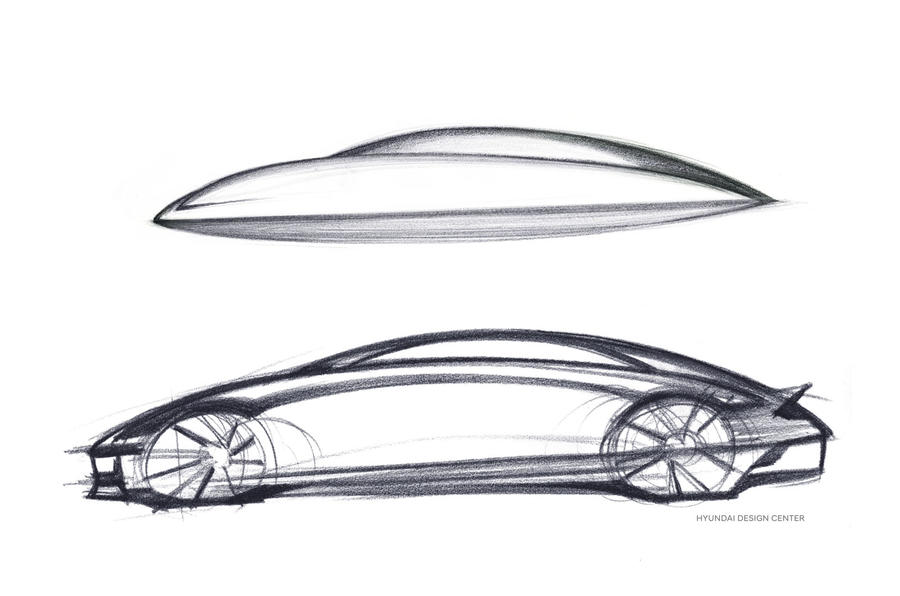 Hyundai design boss SangYup Lee told Autocar recently that the final design had been signed off, following reports late last year that a redesign of the model had been ordered.

Lee did not comment on the reports, but said of the car: “The Ioniq 6 is in the spirit of Prophecy. The car gets taller because of the skateboard platform. And the design maximises the interior space. There’s also a lot of aerodynamic improvement on the car. It’s been done for a long time.”

In September, the Korean Economic Daily reported that the launch of the Ioniq 6 has been pushed back to mid-2022 to allow the body to be lengthened by 20mm, the bumpers and lights to be restyled and the battery to be upsized from 72.6kWh to 77.4kWh.

The EV’s supposedly belated launch was also attributed to a delayed overhaul of the Asan factory where it will be produced. That site currently builds the combustion-engined Sonata saloon and needs refitting to build cars based on the E-GMP platform.