He said: “It has a seamless finish from body to glass and the body side is very smooth. It’s more sophisticated than the outgoing Range Rover Sport.

“At the rear, we’ve moved the numberplate down to give a cleaner surface than before. Even the graphics on this car are harmonious. We don’t want anything to stand out. It’s a very modern approach.”

Digital LED lighting units at the front, the slimmest ever fitted to a Land Rover, create a daytime-running light signature. At the back, uninterrupted LED light graphics introduce surface LED technology to a production vehicle for the first time, claims Land Rover.

The high centre console rises up into the dashboard, which has a 13.1in curved screen that uses JLR’s Pivi Pro infotainment system, plus a 13.7in driver’s display. It has over-the-air updates, wireless Apple CarPlay and Android and Amazon Alexa capability. 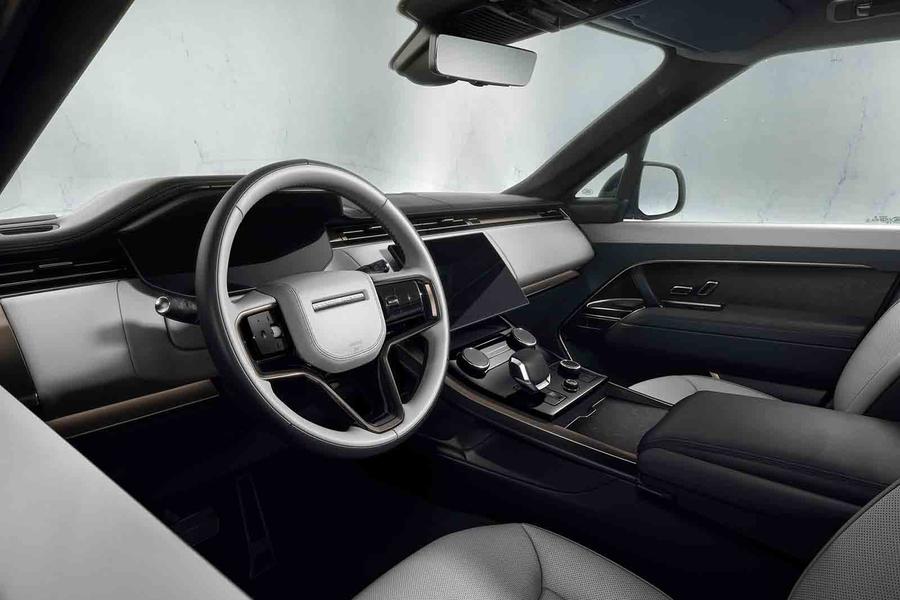