The Type R was previously teased in an image (below) which gave little away beyond confirming it will be marked out from the standard Civic by traditional red Type R badging, a bespoke honeycomb grille and a more aggressive air intake arrangement.

But further details – most notably about what lies behind the grille – will only be made public at the car’s public debut, the date for which was confirmed 50 years (to the day) since the first-generation Honda Civic went on sale. This year also marks the 25th anniversary of the Civic Type R.

Even before being revealed, the new Type R claimed a new lap record for a front-wheel-drive car at Japan’s Suzuka circuit in April, rounding the 3.6km circuit in 2min 23.120sec – 0.873sec faster than the previous record-holder, the Honda Civic Type R GT Limited Edition. 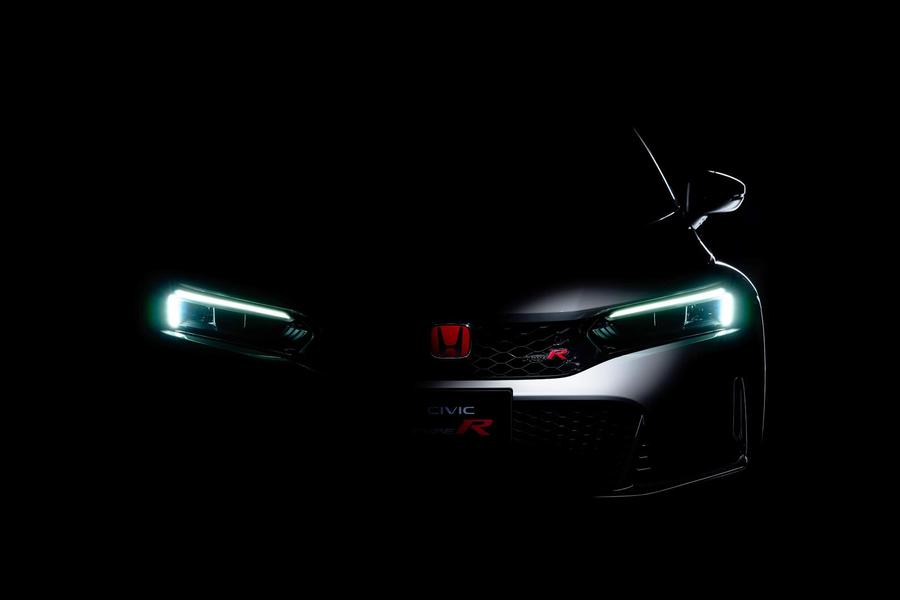 We still don’t know the new hot hatchback’s performance figures, but the broken record suggests that it could gain a slight boost in power. The Civic Type R was earlier said to be “ready for Nürburgring testing”, suggesting a front-wheel-drive record attempt could be on the cards at the Nordschleife, too.

The spoiler features a new raised mounting, while the smaller lip spoiler on the boot lid no longer appears to dissect the rear window. Further visible changes include a lower shoulder line, a lower bonnet line and lower headlights, all features derived from the freshly launched eighth-generation Civic hatchback.