The new Polestar 3 electric SUV will be followed onto market by a more rakish-roofed SUV-coupé, called the 4, to rival the Audi Q4 E-tron Sportback and Volkswagen ID 5.

Polestar has issued a new preview image that shows the new-for-2023 SUV duo from the rear. This is the third detailed preview image the firm has given of the 3, and shows the rear end completely undisguised, while the 4 remains sheeted – with only its distinctive wraparound rear light bar shining through.

The 4 will sit between the Polestar 2 saloon and 3 SUV, size-wise, launching in 2023 as an entry into what the firm calls “one of the most competitive market segments in terms of demand, performance and design”. It will be joined a year later by the new Polestar 5 grand-tourer, which will make its dynamic debut in camouflage at next week’s Goodwood Festival of Speed.

Last week, Polestar showed the 3 from the side – proving that this will be no mere adaptation of the firm’s existing Polestar 2 saloon or its earlier Volvo-based 1 super-hybrid. 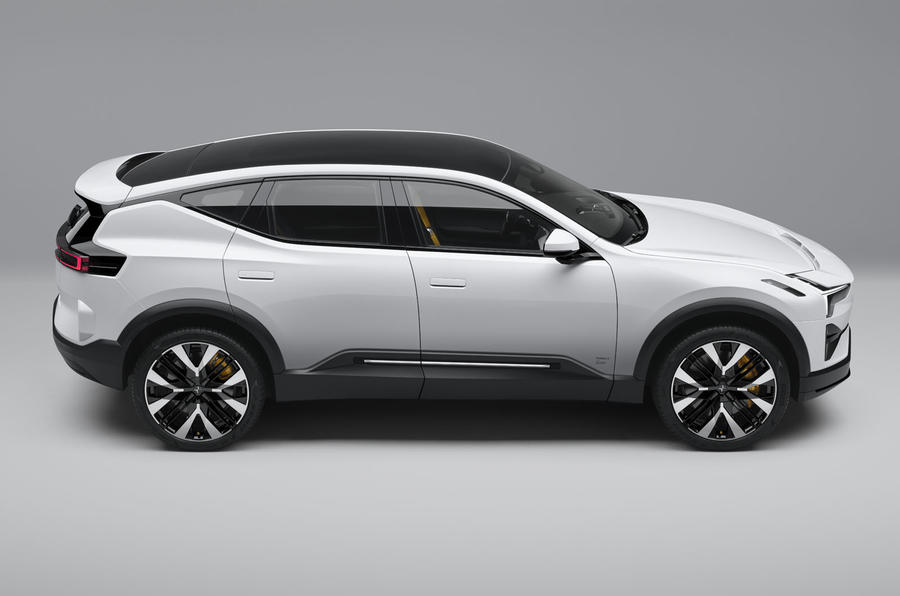 A panoramic glass roof panel curves gently towards the rear, passing under a prominent rear spoiler – part of what looks to be a fairly extensive aero package, together with air-channelling vents at the leading edge of the bonnet, flush-fitting door handles and prominent rear haunches.

Aerodynamic efficiency will be crucial in taking the Polestar 3 to a targeted range of more than 370 miles, as will a “large battery” of unspecified capacity and an efficient dual-motor powertrain.