The 911 GT3 RS is also equipped with a drag reduction system (DRS) for the first time, which flattens the Mercedes-AMG GT rival’s wings to reduce drag, raises straight-line speed and improves braking.

The new hardcore racer receives larger front brakes, with pistons measuring 36mm thick with a diameter of 32mm. The model’s overall kerb weight now stands at 1450kg, whereas the previous GT3 RS weighed in at 1430kg.

Those who plan on taking the new GT3 RS to the track can take advantage of the firm’s Clubsport package – an optional extra that can be added free of charge. It includes a fire extinguisher, six-point seatbelts and a steel rollover bar. 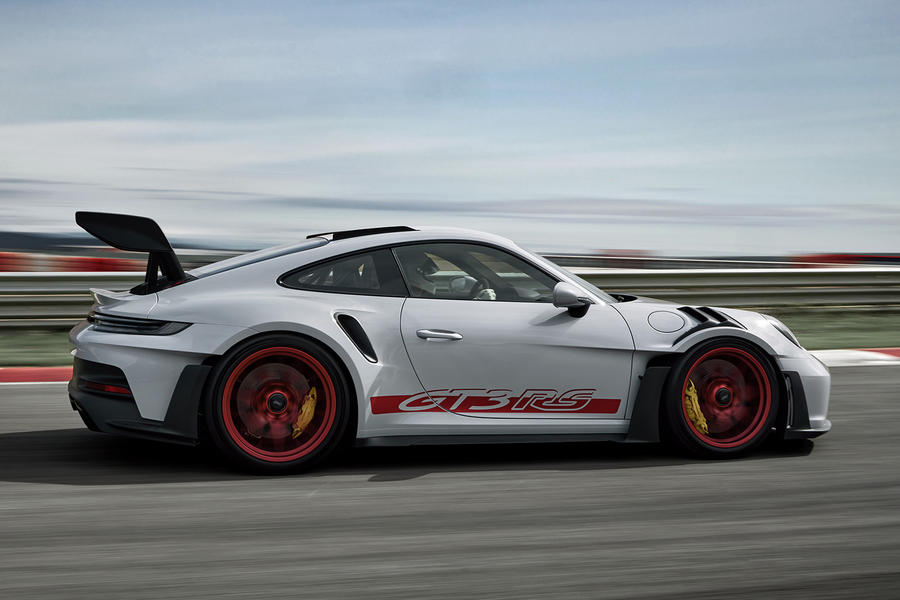 The £25,739 Weissach pack also returns and bumps up the price of the GT3 RS to over £200,000. It adds a carbon weave to the bonnet, exterior mirrors and rear wing, as well as a roll bar, gearshift paddles with magnet technology and magnesium forged wheels.

Although the GT3 RS commands a higher price than the previous-generation car, it’s only the second most expensive car in the 911 line-up, behind the limited, heritage-design Porsche 911 Sport Classic which comes in at £214,200.

While Porsche is accelerating plans to electrify much of its model line-up, the 911, including the GT3 RS, will retain internal combustion power for the time being. However, the firm has said that hybrid power is on the cards.