The new Prius is built around the latest version of Toyota’s TNGA architecture, said to be stiffer, quieter and more stable than the previous structure. The company says that the various structural improvements and the revised powertrains, together, mean the new Prius “delivers a captivating driver performance”.

The technical reinvention is accompanied by a wide-reaching design overhaul aimed at making the Prius a much more visually striking proposition than its predecessors. The basic wedge shape, a feature of all previous Prius generations, is retained, but the new car sits 50mm lower than before, the roof’s peak sits further back and the wheels are now 19in as standard – for a more purposeful, coupé-inspired stance.

With an eye on aero-efficiency, Toyota’s designers have also kept creases and flourishes to a minimum (a key differentiator over the previous car), and changes to the structure mean the car is now 46mm shorter overall but has a 50mm longer wheelbase. It is also 22mm wider than its predecessor – an increase accentuated by the new ‘hammerhead’ front light bar.

It’s a similar story inside, where the interior has been revamped with a focus on material quality and driver comfort. A 7.0in digital driver display is standard fitment, positioned to minimise distraction while on the move, and is paired with a new-generation central infotainment screen based on that from the latest Toyota Corolla and Toyota RAV4. 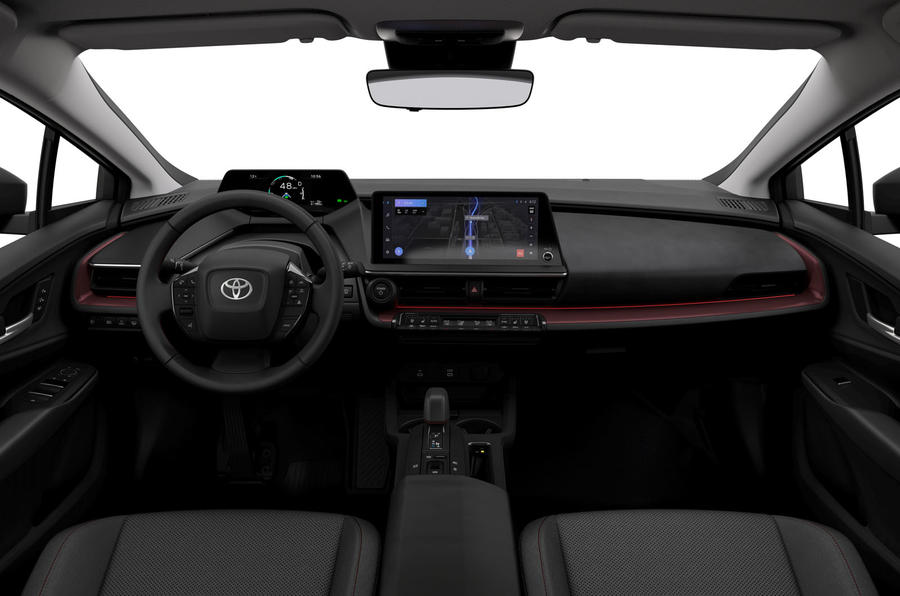