The first electric Honda to come from the brand’s landmark tie-up with General Motors, dubbed the Prologue, has been pictured testing ahead of its 2024 launch.

Essentially an electric alternative to the mid-sized Honda CR-V, the Prologue is expected to share GM’s Ultium underpinnings with the recently announced Chevrolet Blazer EV, plus the much larger Cadillac Lyriq and GMC Hummer.

The Prologue’s specifications are likely to mirror those of the Blazer, meaning a range of between 247 and 320 miles and a maximum charging rate of 190kW, giving it a top-up speed nearly on a par with the Kia EV6 and well clear of the Volkswagen Group’s MEB-based cars.

A high-performance Prologue parallel to the 549bhp Blazer SS could also be offered under the Acura marque, which has announced an electric SUV due at the same time. 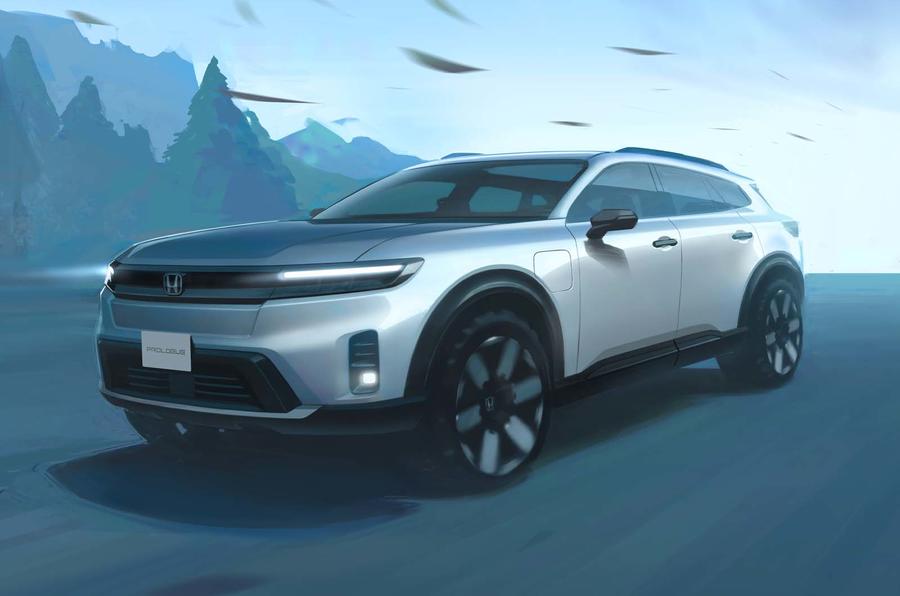 The key difference between the Blazer and the Prologue is their styling. The Honda is much more conservative than the Chevy, with much smoother, less complex lines. This largely mirrors the design already previewed by Honda (seen above), albeit with a smaller lower grille that better matches that of the CR-V.

The two models are also likely to differ inside. For example, where the Blazer gets a wide 17.7in infotainment touchscreen, the Prologue could feature a set-up mirroring the Honda E supermini, with an interface that spans the width of the dashboard. Honda hasn’t said anything about the the interior yet.

Given that GM is positioning the Blazer as a “an affordable, high-volume entry” in the EV market, starting from approximately $45,000, the Prologue is likely to be aimed at the premium market. This means prices may start from around $50,000, while a high-performance Acura version could reach $70,000.