Mini is primed to launch the Aceman – its first new model name in 10 years – as a small electric crossover to fill the gap between the flagship Mini hatchback and Mini Countryman SUV.

Due on sale in 2024, the Mini Aceman is a clean-sheet design and the first in a series of EVs using Mini’s Spotlight platform, developed by BMW and Chinese partner Great Wall Motors.

The electric version of the next Mini hatchback will also use this platform.

The Aceman will arrive after the third-generation Countryman, which will grow significantly to become the biggest Mini yet, creating a more obvious gap in the line-up.

Precise dimensions for the Aceman haven’t yet been revealed, but the concept shown earlier this year sits 1590mm above the ground, is 4050mm long and is 1990mm wide.

As it shares its architecture with the forthcoming Mini hatch, it’s a reasonable expectation that the Aceman will share its drivetrain options.

The hatch will come in entry-level Cooper trim, with 181bhp and a 40kWh battery, while the warmed-up Cooper S will get 221bhp and a 50kWh battery for a range of around 250 miles.

New spy photos show the Aceman wearing its final production bodywork, showing not just how it has evolved from the radical concept, but also giving clues as to how Mini’s design language will change as it moves onto the next generation of cars, beginning with the new Countryman and hatch in 2023. 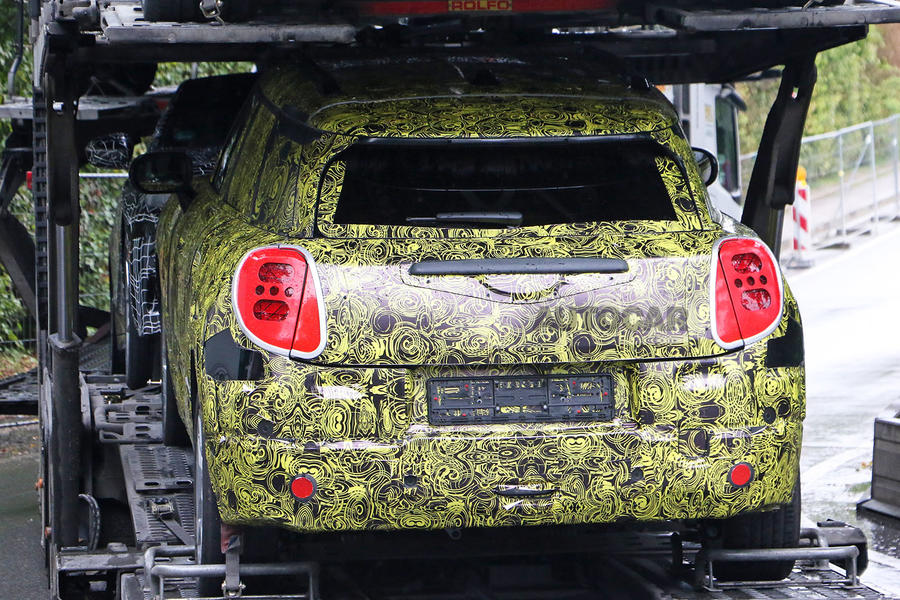 Most noticeably, it’s clear how aerodynamic efficiency will play a more defining role in Mini’s design language as it moves to an all-electric line-up, with the production-spec Aceman adopting a rounded, clean front end and a less upright stance than the concept – although the silhouette has been broadly carried over.