The new Bentley Continental GT Mulliner W12 is the “fastest, most dynamic and most luxurious” model in the freshly expanded Continental line-up, unveiled ahead of a public appearance at Goodwood Festival of Speed this week.

Available as either a coupé or convertible, the Mulliner W12 is described as “the pinnacle definition of everything Bentley knows about making the best grand tourers in the world”.

As the name suggests, it uses the Speed’s twin-turbocharged 12-cylinder engine, tuned to give 650bhp and an “extraordinary” 664lb ft for a 0-62mph time of 3.6sec (just edging the hardcore new BMW M4 CSL, for context) and a top speed of 208mph. 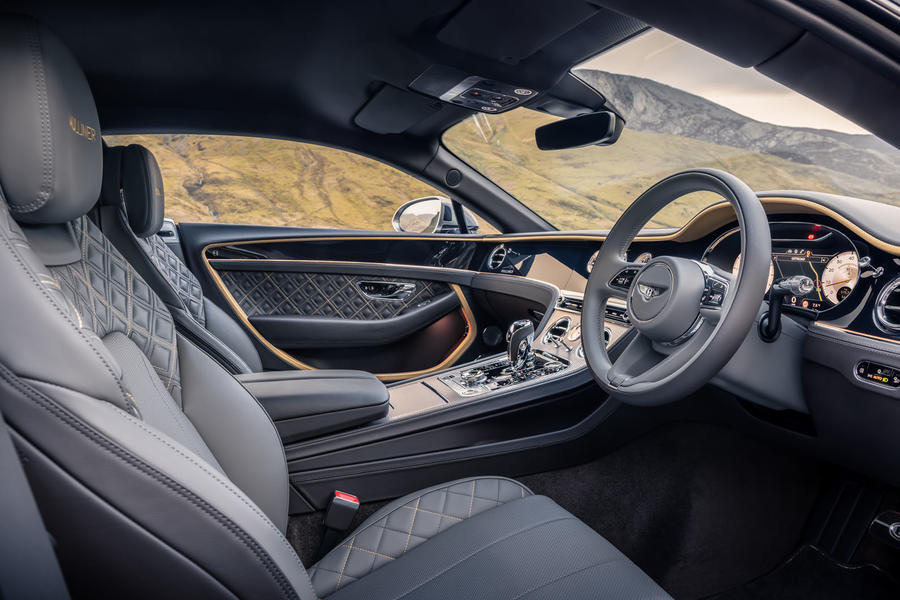 The cabin can be specified in one of eight bespoke three-colour designs and gets the Mulliner Driving Specification package as standard – meaning the seats, doors and rear quarter panels are all upholstered in ‘diamond in diamond’ quilting. The seats are embroidered with the Mulliner logo and the carpet piping matches the rest of the interior.