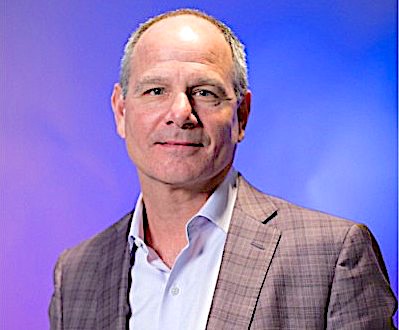 Earlier this month, communications provider Avaya Holdings Corp. pre-announced a significant earnings miss. In conjunction with that news, the company announced it was changing its chief executive officer.

Out was longtime CEO Jim Chirico, who was a strong operational type of leader. In is Alan Masarek (pictured), the person who revived Vonage from the ashes and through a series of strategic acquisitions set the company up to be purchased by Ericsson.

A couple of previous light quarters combined with a big miss sent the stock tumbling. At the start of the year, Avaya was trading at just over $21 a share. At time of writing, the stock price was 80 cents, which is actually up from the low of 59 cents.

This has created wide speculation as to the future of the company. Will it be acquired? File for bankruptcy? Go private? Lay off workers? There have been plenty of speculative stories written but nothing official from the company. To get an answer to some of these questions, I had the opportunity to interview Masarek to address many of these questions. Here’s a summary of my conversation:

Avaya is a complicated company that has struggled to modernize its business. What was it about the company that attracted you to it?

I’ve actually had conversations with a number of companies about joining them as a leader. Throughout all the talks with a recruiter, I was insisting that the only one I was interested in was Avaya. The reason is the assets the company has. Avaya is a well-known global brand; it has 90,000 customers in 190 countries and an enormous partner ecosystem. It has a strong technical foundation with thousands of patents [more than 4,000 according to recent earnings webcast] and the strongest revenue base in the industry.

What I just described are irreplaceable assets, meaning you and I could spend our lifetime trying to replicate it but we could not come close, particularly the brand asset. With that being said, we are not without challenges and things that need immediate focus at Avaya. I’m also intently focused on technology and transforming the company culture.

Talk about the capital structure, how does that get fixed?

Much of the capital structure was fixed in the recent round of refinancing. [Avaya completed a $250 million exchangeable notes offering and raised an additional $350 million through a term loan add-on.] There was certainly some commentary because of the timing of the earnings miss relative to the funding of the new capital. We have $221 million of restricted cash held in escrow to pay off the old convertible debt, which is due in 10 months. The rest of our debt is not due until the end of 2027 and 2028. I’m now intently focused on the other two pieces I mentioned, which is the culture and technology, and that is exactly what we fixed at Vonage.

At Vonage, we did some work on the capital structure, but it was a bit different. We changed the way the consumer business operated, which generated an incremental $200 million in cash flow, which had previously been wasted. That gave us the profitability to invest and acquire assets.

The reality at Avaya is, we are going to get through many of the short-term concerns, we have a lot of cash on the balance sheet and we will make cuts where necessary. I’ve always believed that Avaya’s opportunity for success is a lot better than the past performance has shown.

What happened along the way that put Avaya in this situation?

Avaya has seen success in selling subscription licenses. Customers have benefited from the move to subscription because they can keep their premise-based architecture and get service, support and upgrades, plus cloud services like Avaya Spaces. So, they don’t have to fully move to multitenant cloud to realize some of the benefits. This is attractive to a lot of customers, but when you take a customer who is on maintenance and move to a subscription contract, that brings forward a lot of revenue because of the nuances of ASC 606.

However, while that kept revenue up, cash went down and you saw the results of that over the past few quarters. If you look back pre-subscription, the company was getting adjusted EBTIDA in the 20%-plus range. Legacy systems can be very profitable if treated as such, but this is no replacement for net new based on the products our customers want to buy.

You need products that customers need today and, in the future, and products they are willing to pay for. In this industry, until recently, all of the high-growth companies in UCaaS [Unified Communications as a Service) and CCaaS [Contact Center as a Service) were not profitable but they were rewarded for growth rate and had massive, outsized equity appreciation. So it stands to reason that you chase every deal, but in doing so, you lose sight of the product that will deliver value to the customers today, but also tomorrow.

Avaya has announced it would be cutting its expenses, have you thought about where that would be?

I can’t give you any specifics yet, but consider what I just mentioned. Legacy systems can be profitable if handled correctly. The plan is to right size to the recurring revenue model. We will do this quickly, so in fiscal ’23 [which starts October 2022 for Avaya], I want to be cash flow positive after interest and capex but before restructuring costs. We’ll realize cost reductions in this current fiscal quarter and continue these in fiscal ’23, first and second quarter.

As for people, the key will be to work on initiatives that generate customer value today and in the future. We can’t afford to focus on any initiatives that don’t, plain and simple. In reality, if we added a thousand people, I don’t believe it would materially increase revenue, and the converse is likely true, a reduction would not materially decrease revenue. The key is to put the right people in the right places to build the products that customers will pay for and that’s what we are doing.

Would you consider selling some of the business units?

I don’t know yet. I’m headed to Galway [Ireland, where Avaya has an R&D facility] to get a better view into our products. As I stated publicly, we’re going to focus our investments on driving innovation and advancing product development, technologies and solutions that bring value to our customers. We will be absolutely transparent on our roadmap and will hit the dates.

But I can tell you we have some products that I will change the way we handle. I’ll be looking at hardware versus software, which markets are growing and which are in decline, and make sure our investments are aligned and that we have the products to bring our customers through the migration path.

With respect to cloud communications, are you too late to be a meaningful player?

Not at all. We have time and in fact are already a strategic partner to our customers as they evaluate the benefits of cloud and consider their options. Avaya helps most of the largest and important companies in the world and it’s many of these larger enterprises, and governments, that are still figuring out how to realize the benefits of cloud. It’s complicated, and this is where Avaya specializes.

Also, the cloud move has been Western Europe and North American focused for most of our competitors while Avaya is doing business in 190 countries. We have key relationships with all of the major value-added resellers, distributors and other channel partners in these countries. The reason we still have such a large customer base is that Avaya technology is unbreakable and addresses significant complexities in workflows for these important customers.

Avaya’s getting a lot of coverage these days. What do you personally want the industry to know?

That we have already started taking action on right sizing the business. You heard me say in our earnings call that the July 2022 financings along with our cost-cutting initiatives are important steps supporting our financial and operating flexibility. This allows us to continue to invest in our business, technologies and products and in our business model transition.

I’ve spent every day since I joined talking to employees, customers and partners. I’m holding regional live Q&A sessions with our partner community, I’ll be doing the same with industry analysts and consultants, I’m joining the IAUG [International Avaya User Group] board meeting in early September, and intend to be present at upcoming industry events this fall.

I’ve said it before, but you can count on me to be open, honest, direct and transparent, and I don’t take any of these constituents for granted. I know that we have to work to win their business and trust every day, and we will continue to do that.