A prototype of the all-electric Maserati Granturismo Folgore has been spotted without any camouflage, giving us a final good look at the super-coupé’s design before it’s officially revealed in the coming months.

Images sent to Autocar show Maserati’s first electric car charging at the side of the road in California, where it is thought to be appearing at a secret event on the fringes of Monterey Car Week. Clearly, the design is an evolution of that of the previous Granturismo’s, with little clue as to its electric underpinnings – so presumably the electric ‘Folgore’ and expected petrol V6 variants will be all but identical.

Previous official images, released by Maserati, showed the Granturismo Folgore taking to the streets ahead of the 2022 Rome E-Prix, where it took centre stage at an event to mark the Italian firm’s new partnership with Rokit Venturi racing in the Formula E electric single-seater championship. 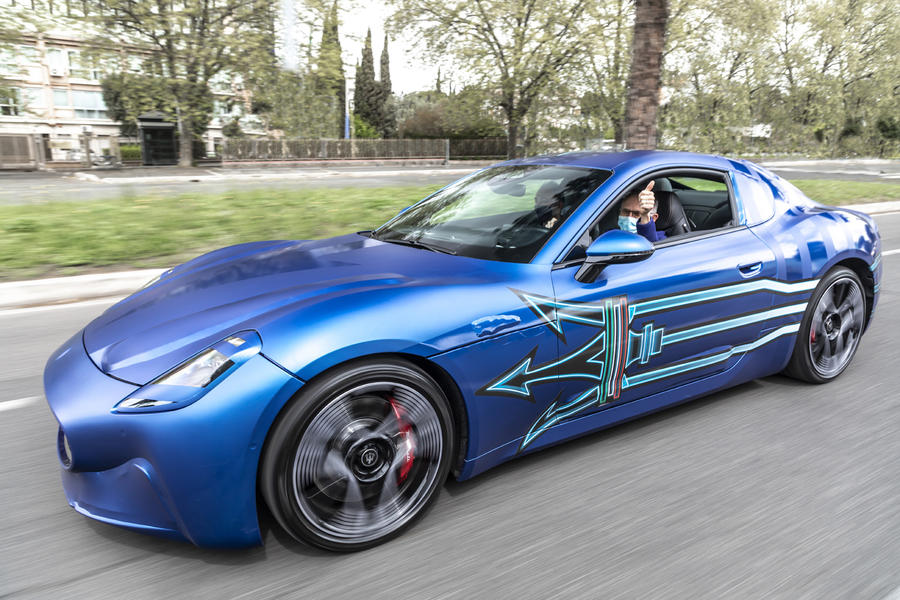 The electric Granturismo Folgore was previously spotted lapping a private test facility in Italy last year. It was then pictured with quad rear exhausts, indicating that it was a petrol-powered version.

Meanwhile, official ‘spy shots’ for the ICE model were released by Maserati earlier this year. Modena remains tight-lipped on what lies under the bonnet of the combustion car, but the new Nettuno V6, as fitted to the MC20 supercar and the top-rung Maserati Grecale Trofeo, is the most likely fit.

The Granturismo is also set to follow the Ghibli and Levante in adopting a hybrid option, but its positioning makes their mild-hybrid 2.0-litre four-cylinder petrol engine an unlikely option, so it is a possibility that Maserati will hybridise the Nettuno motor.

And in a clip (below), last year, Maserati previewed the sound of the Folgore’s electric powertrain.