The Dacia Duster Commercial has been updated with a new fascia, bringing it into line with the rest of the Romanian brand’s models.

The new brand identity swaps the conventional grille for a smoother surface featuring a new logo with an interlocking ‘D’ and ‘C’. Where the previous grille had a chrome surround, the new version gets white-striped panelling.

At the rear, the shield-style Dacia badge is gone, replaced by script spelling out the brand’s name, and the ‘Duster’ badging is completely omitted. The red panelling on the rear lights has also been replaced with flat-black plastic.

As with many vehicles from mainstream manufacturers at the moment, prices have increased across the Duster Commercial range. The entry-level model now costs £13,995 (excluding VAT), £1200 more than before. 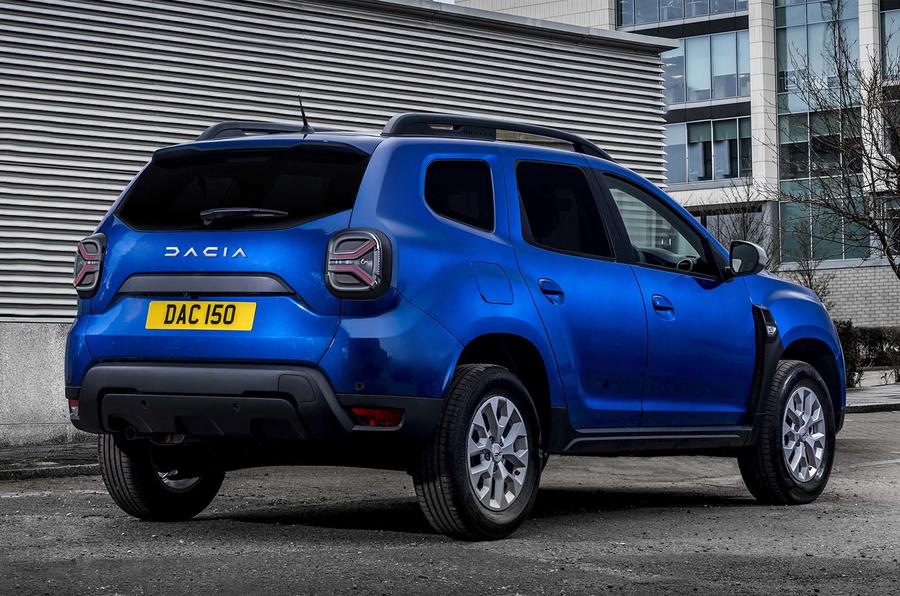 Despite the increase in cost, the Duster Commercial remains one of the most affordable 4×4 commercial SUVs available, at less than half the price of the Toyota Land Cruiser Commercial.

The Suzuki Jimny Commercial rival is fundamentally unchanged elsewhere: there’s still a large load bed (instead of the regular version’s rear seats) and a maximum payload of up to 503kg.

The engine line-up also remains the same, comprising 88bhp and 148bhp petrol units and a 113bhp diesel that can be had with four-wheel drive. A dual-clutch automatic gearbox is also available.

Two trims are available, dubbed Essential and Expression. The former comes with the Y-shaped LED daytime running lights, steel wheels and a DAB radio, among other items. Expression adds an 8.0in infotainment touchscreen with Apple CarPlay and Android Auto, as well as a leather steering wheel and upgraded interior upholstery.