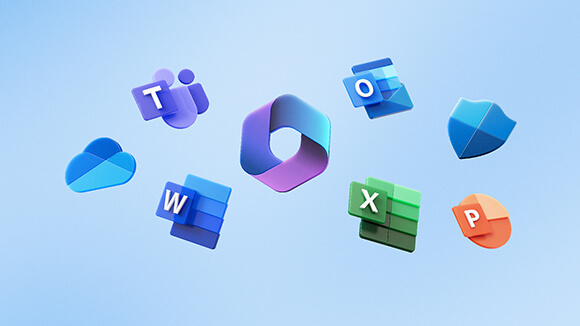 Microsoft Corp. is introducing a new subscription tier to Microsoft 365 that offers access to services above the free tier but at a reduced price.

The new Microsoft 365 Basic will be available from Jan. 30 for $1.99 per month or $19.99 per year and replaces a previous 100GB OneDrive storage subscription with additional features. The tier offers 100GB of storage, web and mobile versions of Word, Excel, PowerPoint, OneDrive and other apps, ad-free Outlook web and mobile access and Microsoft technical support.

The main difference between Microsoft 365 Basic and the existing $6.99 per month Microsoft 365 Personal is that Basic does not include access to the desktop versions of Word, Excel and PowerPoint.

“We know many people are using our services today, but some of them run out of storage or want additional benefits that you don’t get with the free Microsoft 365 experience,” Gareth Oystryk, director of product marketing for Microsoft 365, told The Verge. “We also designed this specifically with Windows users in mind.”

The introduction of a lower-cost tier comes after Microsoft announced it was dropping Office branding for its suite of productivity tools in October. The switch started in November and is still being rolled out, with Microsoft set to rename its Office app on mobile and Windows to Microsoft 365 later this month.

The Office name has been in use by Microsoft for over 30 years. For many years, Office dominated the market and components such as Word and Excel were synonymous with documents and spreadsheets.

The move towards cloud-based services has not been very kind to Office, however. The once dominant Office had a market share of 26.76% as of Jan. 3, compared to Google LLC, which has a 62.59% market share for Workspace and a further 5.83% share through Google Sheets.

Whether rebranding Office to Microsoft will make any difference other than consistent branding is yet to be seen. However, some experts look at the rebranding unfavorably, with Holger Mueller from Constellation Research Inc. previously telling SiliconANGLE that most marketing experts are cringing at the thought of tossing away such as well-defined and understood offering.

“Satya Nadella may be driving product simplification a tad too hard here,” Mueller said. “Sooner or later all that will be left from Microsoft’s core brands will be Microsoft 365 and Azure. Windows is still there, of course, but one wonders for how long.”