“Self-driving in the battlefield environment is very different to civilian autonomy,” said Kahn. “The challenges are very different: the vehicle can go anywhere, but there’s no infrastructure, like white lines for guidance.”

The Wilder or some of its technology might yet find a place in the British Army, since Plasan is one of several companies competing in Project Thesius, a field trial of autonomous technology to replace manned vehicles for the final mile of transport into hostile environments. 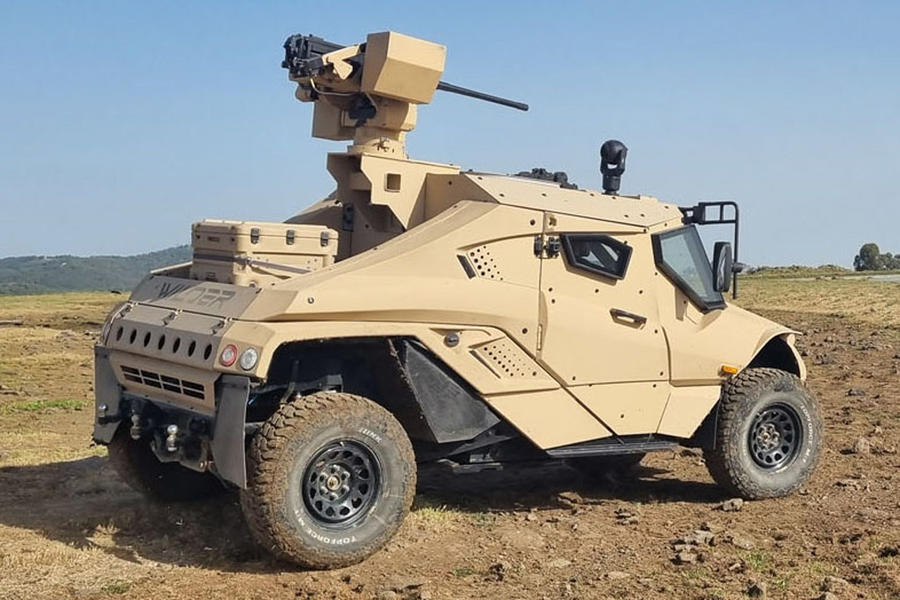 Although the Wilder can be operated remotely (and in future in autonomous mode), it can also be conventionally driven into combat with four soldiers in its hull (resistant to rifle bullets), while its relatively light weight of 4.5 tonnes and compact footprint make it airportable by Chinook helicopter.

Power comes from a 159bhp 2.8-litre Cummins turbodiesel engine, mated to a ZF eight-speed automatic gearbox, driving both axles and capable of taking it to a limited 75mph.

When linked to the rigidly mounted Atemm (which makes manoeuvring easier for untrained drivers), the Wilder can draw power from it in three modes: Power (for pushing), Eco (a hybrid model to extend range) and Regeneration (to recharge the battery pack).