The new C-HR Hybrid, which Toyota estimates will remain the biggest-selling variant, will use an evolved version of the current car’s drivetrain, with a subtle power boost to 191bhp. 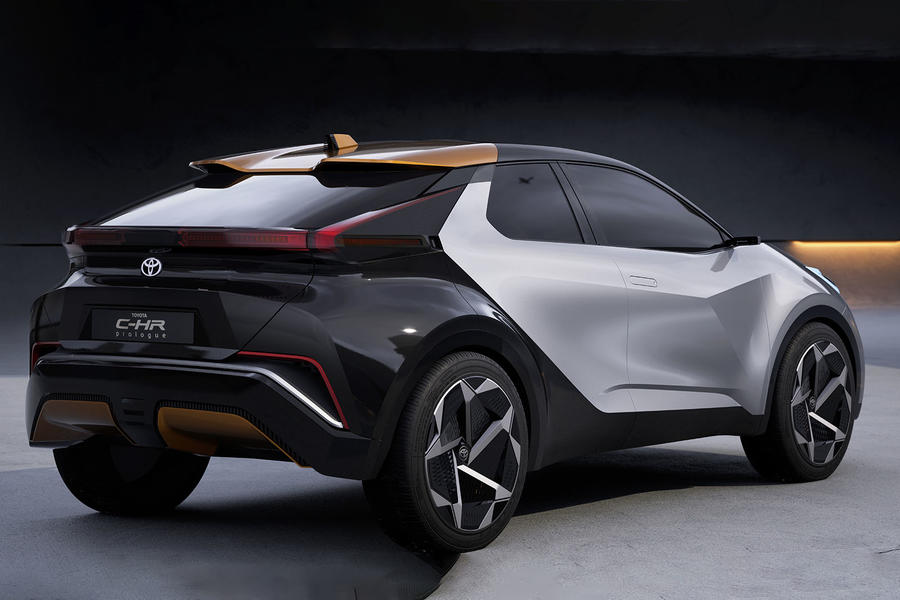 The new car, like its predecessor, has been designed at Toyota’s European design headquarters in Nice, France, with the brief for it to be “still bold, still perhaps polarising”.

Autocar understands that the C-HR Prologue is as close to the production car as 2021’s Toyota Aygo X Prologue concept was to the corresponding supermini it previewed – and given that that car reached showrooms roughly a year later, a similar timeframe is expected here.

The overall silhouette – a clear evolution over the current car – will be retained, with shorter overhangs and wheels pushed to the corners signifying its “dynamic” remit.

Toyota calls the C-HR a “condensed stance monster” – a phrase it says defined the direction for the Prologue concept.