On Monday (27 June) Volkswagen will preview its long-awaited Tesla Model 3 rival with a sleek, low-slung concept it calls the ID Aero.

The brand describes the concept as “the first fully electric limousine for the Chinese automobile market” but also confirms the production version – to be revealed next year – is bound for North America and Europe, with production for those markets taking place at its factory in Emden, Germany.

The latest addition to Volkswagen’s ID family of EVs will take the brand into the “the high-volume upper-middle class segment”, taking on an expanding field of popular rivals including the Tesla Model 3, Polestar 2, BMW i4 and – soon – the Hyundai Ioniq 6.

The rakish car will essentially serve as the electric equivalent to the combustion-engined Passat, arriving first in saloon form, as was recently seen in these pictures of it winter testing, before an estate-bodied version, based on the ID Space Vizzion concept, arrives. Although the exterior dimensions will largely match the combustion-engined Passat’s, the interior is expected to offer space on a par with the Phaeton flagship, which bowed out in 2016.

A name for the production car has not yet been confirmed, but recent patent filings suggest it is in line for the ID 6 moniker (used in China by a larger version of the Volkswagen ID 4) with the estate to wear the ‘Tourer’ suffix. 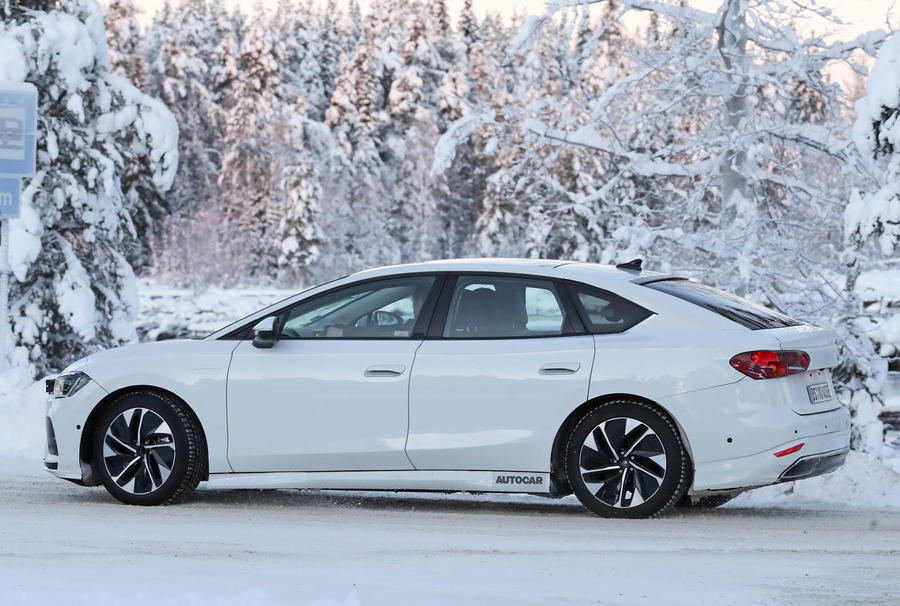 As reported by Autocar last year, the new ID model will use Volkswagen’s full-sized MEB architecture and will follow the ID 4 in being offered with a choice of rear- or four-wheel-drive powertrains. A GTX performance model will follow later, as has been confirmed to be the case for all ID models.