Nicola Peltz is once again clearing up rumors about her relationship with her famous in-laws, Victoria and David Beckham.

After she married Brooklyn Beckham back in April, rumors of a supposed feud between the 25-year-old “Transformers” star and her mother-in-law grew when she walked down the aisle in a custom Valentino gown instead of a Victoria Beckham design.

Since her nuptials, Peltz has denied claims there’s any drama with her new family, doubling down on it again in a new interview with Grazia. 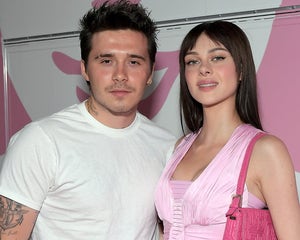 “They’re great in-laws,” she reiterated, before explaining what actually went down with her dress.

Nicola said that while she was eager to collaborate with the Spice Girl alum, she was informed by Victoria’s atelier that they ultimately couldn’t create the dress she had in mind.

“Well, I was planning on wearing Victoria’s wedding dress and I was truly so excited to be able to wear a design that my future mother-in-law created,” she said. “I thought that was so beautiful and such a beautiful story.”

The actress shared that had been looking forward to designing her VB gown especially since her mother, Claudia, and her best friend, Leslie Fremar, would also be collaborating on the project.

“I thought, ‘Oh, this is going to be so fun. One of my best friends and my mom.’ We connected to start designing the dress, and then a few days went by and I didn’t hear anything,” Nicola recalled. 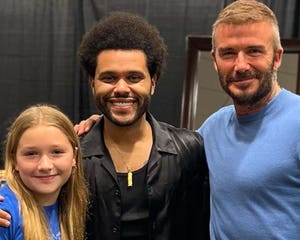 She continued, “Victoria called my mom and said her atelier couldn’t make it. So, I spoke to my mom and Leslie, and I was like, ‘Well, unfortunately, this can’t happen, so what’s the next step?’ I’ve been a fan of Valentino and their couture for so long. I was really lucky to be able to travel to [the atelier] to try on the dress. That’s really what happened.”

Peltz is aware of the negative claims around the dress that involve more than simple logistics, and said the rumors bothered her too.

“When I read things that say [things like] I was never planning on wearing a [Victoria Beckham] dress or things like that, it does hurt my feelings,” she admitted. “I try not to let it, but it’s just not the truth. It’s just a bit of a bummer when you’re like, ‘Oh, people think that,’ but it’s just not true.”