On our first acquaintance back in July, it felt like the sweet spot of the Nissan Ariya range had quickly been stumbled upon. The entry-level front-wheel-drive version of this new electric crossover felt nicely specced with 215bhp and a 250-mile range, bolstered by plenty of kerb appeal and decent dynamics.

The modularity of electric car architectures has allowed Nissan to quickly add new models to the line-up in time for its UK rollout, now under way, including this range-topper.

The 63kWh battery of the entrylevel car is swapped for an 87kWh version here and a second electric motor is added, at the rear, to give the car four-wheel drive (called e-4orce, a spellchecker’s worst nightmare) and 302bhp. You can also have the bigger battery without the e-4orce system, giving a range of 331 miles, whereas the e-4orce car here gets 311 miles. On our test route in cooler conditions, we saw an indicated 230 miles.

We were able to drive front- and four-wheel-drive cars back to back and there wasn’t a night and day difference between them. The extra power and torque (which is doubled to 443lb ft) offered by the rear motor is noticeable, but still restrained in its delivery. 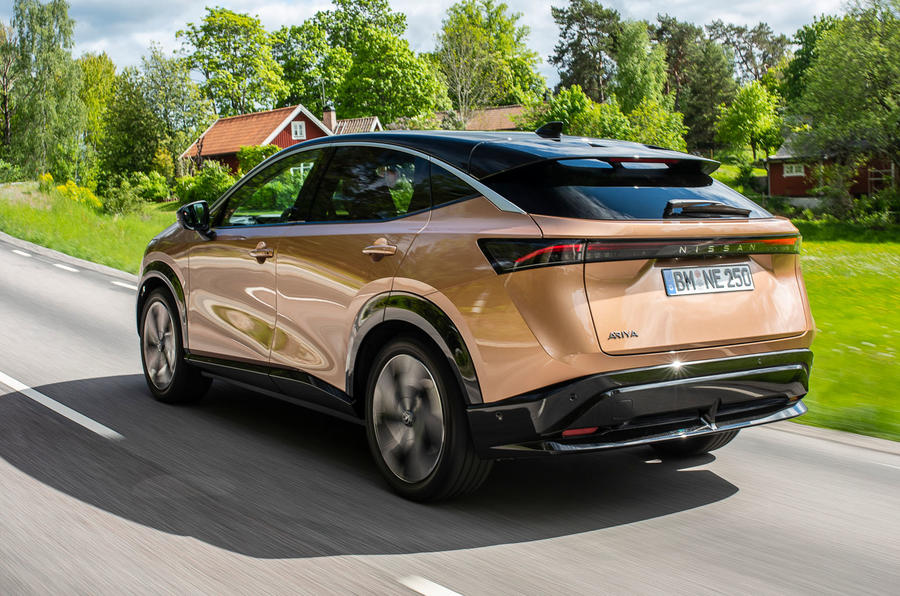 Traction is improved, but again it’s subtle, even on the sodden roads of our Danish test route. Marginal gains, then, to the drivetrain, and the excellent refinement of the standard car is retained after the addition of extra power and battery capacity. One-pedal driving is nicely judged with the e-Pedal activated.

That extra capacity has also resulted in extra weight and this has an impact on the handling. It’s stable and secure but quite dull and uninvolving, let down further by quite springy steering. Hit the Sport button to sharpen the responses, and you’ll instantly be reaching to turn it off again as it makes the car emit a grating high-pitched whirr. The ride is not the most comfortable either. 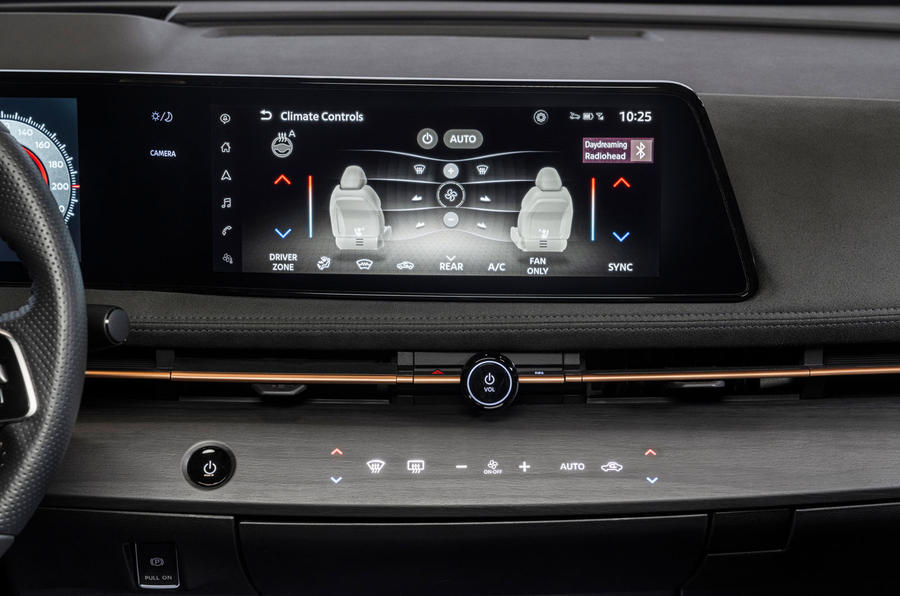