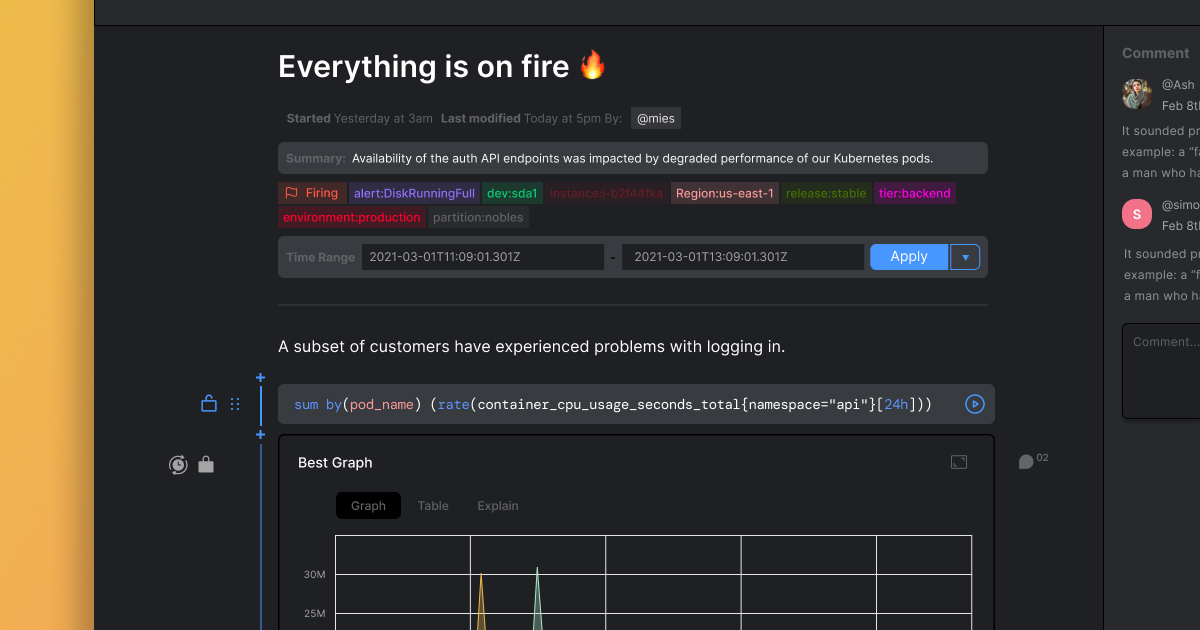 Fiberplane argues that enterprise infrastructure over the last decade has become incredibly complex to manage, leaving developers and DevOps teams to mitigate bugs with tools that were slapped together or designed for a different time. Currently, DevOps teams use dashboards set up in advance and require that they know what they’re looking for, but issues can occur from the rise of distributed and remote teams.

Under the hood, Fiberplane’s technology is built in Rust and WebAssembly. Operational Transformation, the same algorithm used by Google Docs, is also used to resolve conflicts when multiple people are typing simultaneously in a Fiberplane notebook and adding data including graphs or tables. The offering is vendor-agnostic and, through its WASM-based plugin system, enterprises can integrate Fiberplane within their stack and query to visualize and explore their stack with real data using logs, metrics and traces.

The company says the offering gives users the freedom to query, visualize and control any system in their infrastructure. It allows companies to coordinate their distributed teams by sharing information on its collaborative, multi-user tool.

Users can leverage Fiberplane’s application and programming interface and command-line interface to automate notebook creation based on specific external events, such as monitoring alerts. The service enables organizations to capture best practices, create a system of record and build actionable documentation as a team.

“Developers can finally easily collaborate with others in real-time and with full visibility of their data,” Micha Hernandez van Leuffen, founder and chief executive officer of Fiberplane, said in a statement. “Whether it’s editing a sophisticated notebook simultaneously, tagging others or sharing documentation with other functions, Fiberplane has the ‘look and feel of a notebook’ that engineers feel comfortable using.”

Fiberplane is a venture capital-backed startup, having raised €7.5 million ($7.75 million) in funding, according to Crunchbase. Investors include Crane Venture Partners, Northzone, Notion Capital, base case capital and System.One.