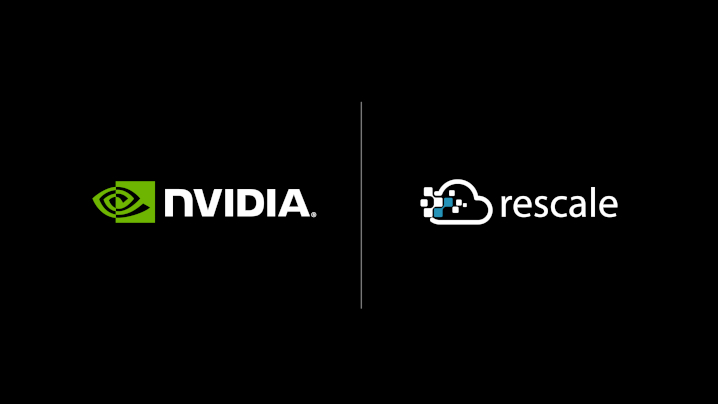 Announced today, the partnership includes multiple components. Rescale will integrate its technology with several of Nvidia’s AI development and deployment tools. Additionally, the startup is rolling out a software capability that can automatically optimize the cost and performance of a company’s AI application environment.

San Francisco-based Rescale is backed by more than $150 million in funding from Nvidia, Microsoft Corp. and other prominent investors. It provides a software platform that makes it easier to run high-performance computing, or HPC, applications in the cloud. HPC applications are hardware-intensive programs such as physics simulators that are used to support research and engineering projects.

Rescale’s namesake platform automates much of the manual work involved in deploying HPC software on cloud infrastructure. It also helps with related tasks, such as securing applications.

Hsu provided a couple of examples of how the process works. A company designing an airfoil, for instance, used to have to come up with designs and test them in a wind tunnel, a long and costly process. On Rescale, he said, 20 to 30 airfoil designs could be simulated without using a wind tunnel, and now, with the new capabilities with Nvidia, they can take all those experiments and use AI and machine learning to determine which is best for the purpose at hand.

As part of its feature set, Rescale provides a catalog of pre-packaged HPC applications. Customers can deploy the applications without the extensive manual work usually involved in the task. Through its newly announced partnership with Nvidia, Rescale is expanding its software catalog by adding support for several of the chipmaker’s AI tools.

The first offering for which Rescale will add support is the Nvidia AI Enterprise platform. It’s a collection of more than a dozen software tools designed to ease the task of building, deploying and maintaining neural networks.

Several of the tools in the Nvidia AI Enterprise platform focus on making it simpler to manage the cloud infrastructure on which a company’s AI software runs. Others can optimize a neural network to more efficiently use Nvidia chips. To simplify developers’ work, Nvidia has also included software building blocks that make it easier to create AI applications for use cases such as robotics.

In addition to Nvidia AI Enterprise, Rescale will add support for a number of other software tools to its platform.

One of the tools, the Nvidia Base Command Platform, provides an interface through which researchers can coordinate the process of training a new neural network. Rescale is also adding support for another Nvidia software offering called Nvidia Modulus. The latter offering makes it easier to build neural networks for performing research and engineering tasks that involve physics calculations.

“Fusing principled and data-driven methods, physics-ML AI models let us explore our design space at speeds and scales many orders of magnitude greater than ever before,” said Nvidia founder and Chief Executive Officer Jensen Huang. “Rescale is at the intersection of these major trends. Nvidia’s accelerated and AI computing platform perfectly complements Rescale to advance industrial scientific computing.”

Alongside the expanded support for Nvidia software, Rescale today debuted a new tool that it calls the Compute Recommendation Engine, or CRE. The tool is designed to help companies optimize the cloud environments in which they run AI and high-performance computing applications.

“Our unique built-for-the-cloud approach enables us to deliver optimal accelerated computational performance on-demand for any workload on any cloud worldwide, and our collaboration with Nvidia will bring powerful new AI capabilities to our industrial HPC customers,” said Rescale founder and CEO Joris Poort.

Rescale says organizations rely on its platform for use cases such as medical research, aircraft development and chip design. The startup developed its new CRE infrastructure optimization tool by drawing on metadata collected from more than 100 million high-performance computing workloads.