The actress and filmmaker — who both starred in and directed the psychological thriller — also spoke about protecting her relationship with Styles.

“Don’t Worry Darling” director Olivia Wilde is setting the record straight on the reports there was a pay disparity between two of the film’s stars: Florence Pugh and Harry Styles.

In a new interview with Variety, the actress and filmmaker fiercely denied the claims — which alleged that Styles was paid more than three times than Pugh — calling the rumors “clickbait.” 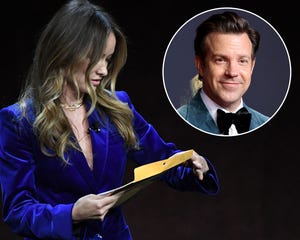 “There has been a lot out there that I largely don’t pay attention to,” Wilde, 38, told the publication in an email. “But the absurdity of invented clickbait and subsequent reaction regarding a nonexistent pay disparity between our lead and supporting actors really upset me.”

“I’m a woman who has been in this business for over 20 years, and it’s something that I have fought for myself and others, especially being a director,” she added. “There is absolutely no validity to those claims.”

The pay disparity reports came amid rumors there’s bad blood between Wilde and Pugh. However, Wilde had nothing but good things to say about Pugh, 26, and praised the actress during her interview with Variety. The outlet noted that Pugh, on the other hand, declined to be interviewed, citing production on the “Dune” sequel.

Wilde said Warner Bros. was initially considering another actress for the lead female role of Alice, but wanted Pugh for the part after Wilde was “blown the f— away by her” performance in the A24 horror flick “Midsommar.”

“I loved the film, but I loved her,” she said. “I was just like, ‘Well, she’s extraordinary. She’s clearly the most exciting young actress working today.'”

Wilde also applauded Pugh and Styles for how they worked together as acting partners. Styles, 28, plays the lead male role of Jack, the husband of Pugh’s character in the film.

Meanwhile, Wilde also spoke about protecting her relationship with Styles, who is 10 years her junior. Although the two have been linked since January 2021, and are often photographed together, they’ve gone to great lengths to avoid talking about their romance.

“I’m not going to say anything about it because I’ve never seen a relationship benefit from being dragged into the public arena,” Wilde told Variety. “We both go out of our way to protect our relationship; I think it’s out of experience, but also just out of deep love.”

This comes after Wilde and Styles both opened up about the “toxic negativity” surrounding their much-scrutinized relationship in the latter’s recent feature in Rolling Stone.

“It’s obviously a difficult feeling to feel like being close to me means you’re at the ransom of a corner of Twitter or something,” Styles said.  “I just wanted to sing. I didn’t want to get into it if I was going to hurt people like that.”

Wilde, meanwhile, said the majority of her boyfriend’s fanbase is made up of “deeply loving people.”

“What I don’t understand about the cruelty you’re referencing is that that kind of toxic negativity is the antithesis of Harry, and everything he puts out there,” she told Rolling Stone. “I don’t personally believe the hateful energy defines his fan base at all. The majority of them are true champions of kindness.”