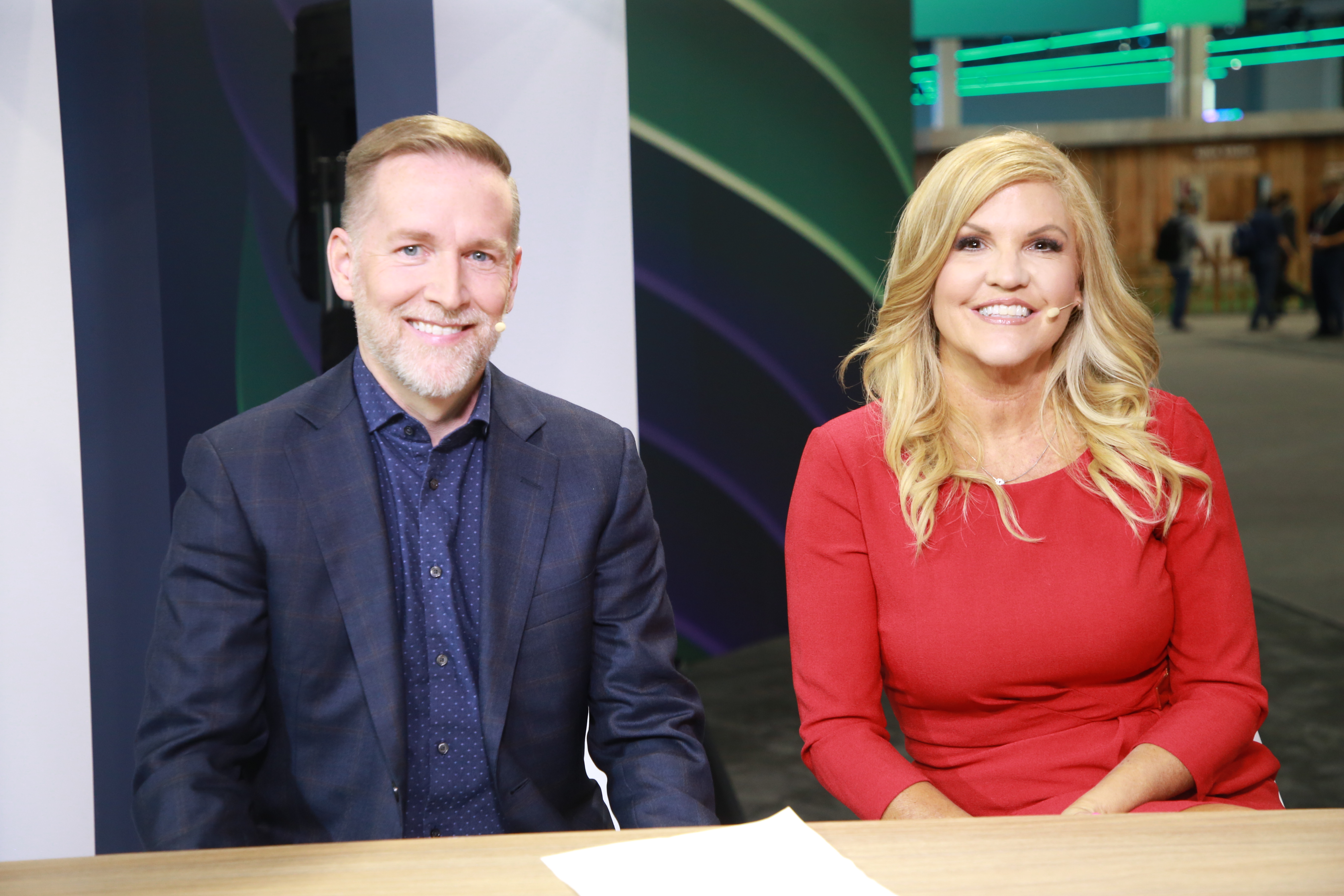 Going where customers want to build their infrastructure has accelerated the need for a hybrid cloud model.

Hewlett Packard Enterprise Co. and Red Hat Inc. have partnered for years to help advance this progress, and this week they announced that Red Hat will offer pay-per-use OpenShift on HPE GreenLake. The  OpenShift integration with GreenLake was prompted by customer demand for a hybrid cloud experience when it comes to modernizing applications and data, according to Ryan King (pictured, left), senior director for global hardware partner ecosystem at Red Hat.

“I would say the HPE GreenLake is a big new thing for us,” King stated. “Omdia is saying that we’re like 47.8% of the containers market for the enterprise … we’re now in 65% of the fortune 500 with OpenShift. So we’re seeing trends from the public cloud go into the edge, telco and 5G because customers are expanding their infrastructure footprint to those use cases.”

Using a building block approach with HPE GreenLake, Fontaine believes it helps meet customer demands and scalability purposes. This is based on the step-by-step process that allows adequate planning.

“It’s kind of an ISV as a service,” Fontaine said. “We have a chance to take this building-block approach, scale it out to all types of partner types throughout the entire ecosystem, and build offerings together. That’s where we see the real potential with HPE GreenLake and Red Hat.”

The HPE GreenLake deals with Red Hat are not new, but the latest addition involves cloud consumption centered on boosting speed and agility.

“Even though this is new to us, as far as monthly utilization and being able to do this cloud consumption, this isn’t new to us as two companies coming together. We’ve been doing GreenLake deals for the past couple years. It’s just now we have this cloud consumption availability, which is really going to make this thing launch,” Fontaine explained.

Since OpenShift will be available in HPE GreenLake, King believes this is a stepping stone toward creating strategic platforms based on customer demand. Transformation is also happening at the bare metal layer.

“OpenShift will be available in Q3, followed by Q4, RHEL, and then Ansible,” he pointed out. “So we’re moving very quickly to bring our platforms into it because we’re seeing an amazing transformation of customers moving to Kubernetes.”

Hybrid cloud has been a trend for quite some time at Red Hat based on the products and platforms generated. Therefore, the partnership with HPE is the icing on the cake regarding hybrid cloud, according to King.

“That’s been a key part of our strategy in terms of the number of transformations that have been happening in the enterprise and with HPE,” he pointed out. “We see RHEL everywhere, so it continues to expand as well. Ansible Automation Platform has also been a great means of bringing together the community in the last mile of automating your entire infrastructure.”