Jaguar’s engineering boss of the past 18 months, Philip Koehn, first came to notice five years ago as chief engineer of Rolls-Royce, based at the time in BMW’s aluminium body-in-white plant at Dingolfing, near Munich. He had joined BMW as a dynamics engineer, he told us, but had moved to specialise in the design of structures.

In an exclusive Autocar story timed for the launch of the new Rolls-Royce Phantom 8, Koehn revealed how he was leading a team pioneering a new, highly flexible aluminium spaceframe chassis that would provide underpinnings not only for the Phantom but also for four other forthcoming Rolls-Royce models, all with different body and mechanical layouts, powered by both ICE and EV powertrains.

That experience, and Koehn’s comments about it back in 2017, give a valuable insight into how Jaguar is tackling its own huge challenge: of moving, in price and exclusivity terms, from being a BMW to Bentley competitor, doing it in time to show a concept model in 2024 and to have production cars in showrooms in 2025. 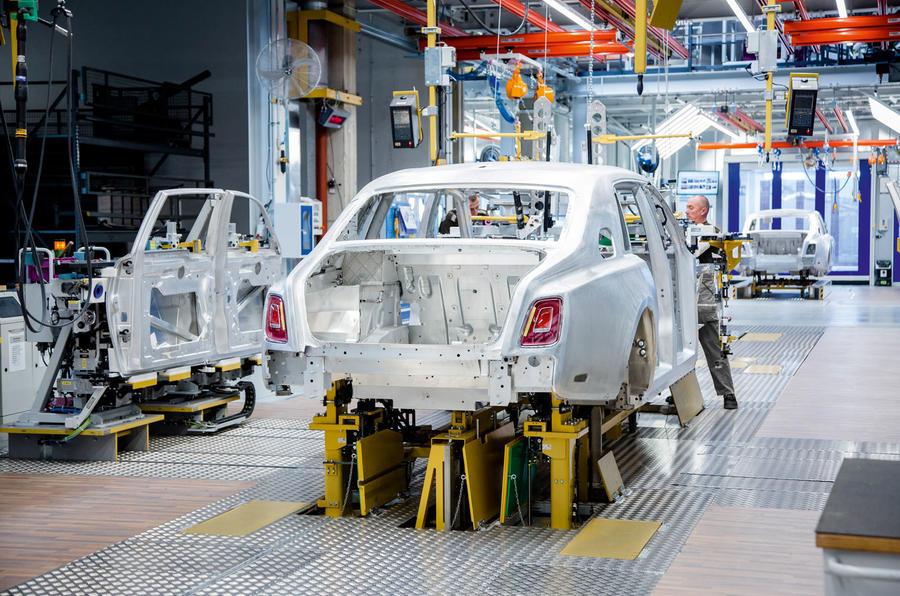 Back in 2017, Koehn explained how and why Rolls-Royce had moved from using a BMW 7 Series floorpan for the more workaday of its two saloons, the Ghost, even though the former solution had originally been viewed as the more economically viable, because it could take advantages of economies of scale. “By using the 7 Series, we were asking components to deliver things they weren’t intended to, which meant the promised economies of scale weren’t as viable as we thought,” he said.

The solution, in which Koehn was a leading pioneer, was to design, build and prove a brand-new aluminium spaceframe along the lines of that introduced for BMW’s original Phantom VII of 2003 but much more flexible. The new structure would consist again of aluminium longitudinals attached to lightweight castings for the more complex parts, such as suspension mounts and chassis corners.