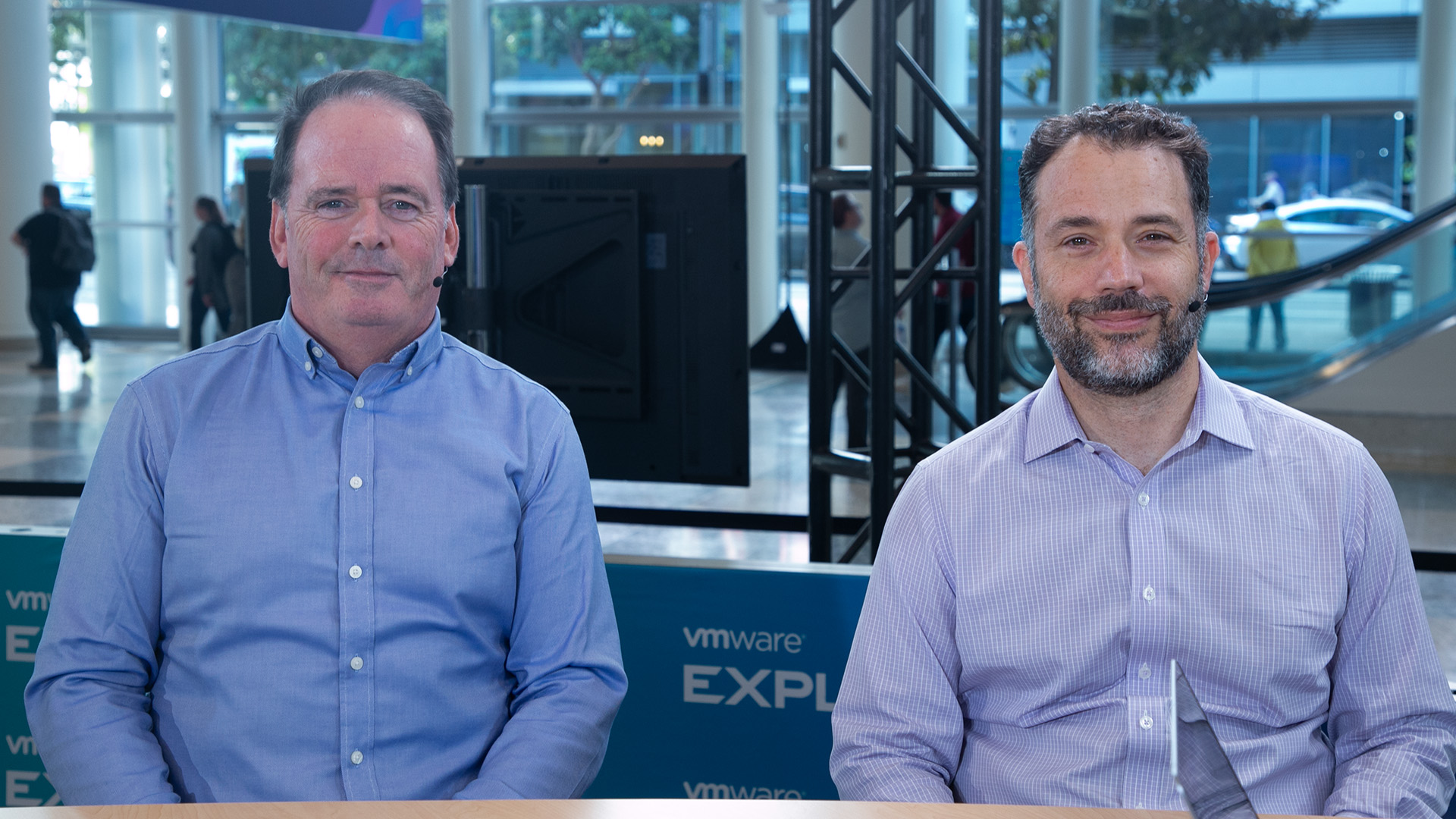 Among the many questions surrounding VMware Explore this week was how the partnership between Dell Technologies Inc. and VMware Inc. would continue nearly one year after Dell divested VMware from the corporate family.

According to executives from both firms, the partnership has remained strong, and the conference schedule provided testimony for that.

“Here at VMware Explore we have over 30 sessions that are featuring Dell,” said Jon Siegal (pictured, right), senior vice president of product marketing at Dell. “I don’t think we’ve ever had more joint innovation projects at one time. We have over 40 now across multicloud, AI, cybersecurity and modern applications.”

Siegal spoke with theCUBE industry analysts John Furrier and Dave Vellante at VMware Explore, during an exclusive broadcast on theCUBE, SiliconANGLE Media’s livestreaming studio. He was joined by Dave McGraw (pictured, left), vice president at VMware, and they discussed current collaborative ventures between the two companies. (* Disclosure below.)

Siegal pointed to Project Monterey, VMware’s custom silicon initiative introduced in 2020, as an example of the collaborative effort between Dell and VMware. The flexibility offered by VMware’s tailored infrastructure on Dell’s hardware platform was seen as providing customers with a key advantage.

“Project Monterey is a great example of how we’re innovating together,” Siegal said. “It’s taking vSphere 8 and running it for the first time on an HCI system, directly on the data processing unit itself. It’s game changing in terms of laying the foundation for the future architectures that we plan on.”

Dell and VMware are also collaborating in the security arena. As part of the news from VMware Explore, Dell, VMware and Nvidia Corp. will add AI and zero-trust security into a new data center package.

“We’re looking at defense in depth here,” McGraw said. “You have to look at this from the edge to the core, getting the network and insights or anomalies that may be happening on the network. Having a secure pipeline for development is critical for both of our companies working together.”