It’s a mark of how far Peugeot has come recently that even my wife, someone with an at-best minimal interest in cars, spotted this Peugeot 308 at our house and wanted to know more about it. Healthy sales in Europe (it’s second behind VW) also bear this out as the reinvigoration of the brand takes hold.

This particular 308 is the most powerful one on sale, if not exactly a GTi-lite then at least something with the oomph to make things interesting. It’s a plug-in hybrid, with a 1.6-litre petrol engine mated to a 109bhp electric motor, giving 221bhp in total and all connected to the front-wheel drive set-up via an eight-speed automatic transmission.

It’s good for 0-62mph in 7.5 seconds, just under a second behind the rival VW Golf GTE with its 243bhp. The gap in claimed CO2 emissions is closer and in the 308’s favour – 26g/km in the Pug, 27 in the VW – and from the Peugeot press releases that’s obviously important in where it is marketing this car. Fleet sales are high on the agenda. An electric range of 37 miles is about par – on a warm summer’s day we got 35 miles out of it, and we weren’t being overly gentle on the throttle.

Incidentally, the Golf looks marginally cheaper on paper (£38,725), but the Peugeot comes with Alcantara and leather effect seats as standard and they’re £2380 in the Golf, so it’s swings and roundabouts. 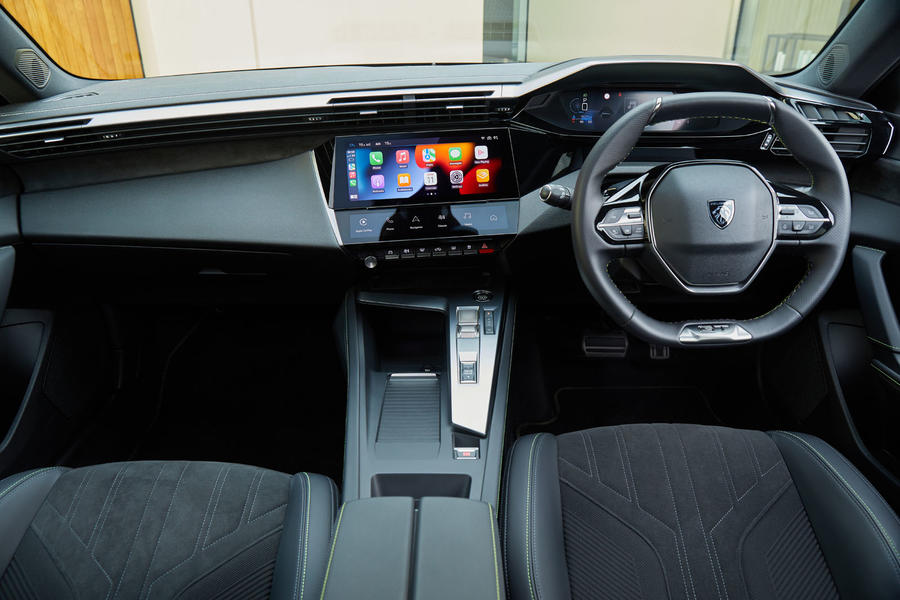 The rest of the interior is smart looking but not quite as user-friendly as some. The steering wheel position still bugs me – Peugeot continues to persist with the small, low-slung wheel setting so that seeing the instruments is a neck-craning exercise.

But at least there are some toggle switches underneath the touchscreen, so that it’s not entirely run through the ‘screen. Big menu buttons also help.

Out on the road, the 225 PHEV 308 performs as well as its ICE sibling. Our recent road test awarded the 1.2 petrol 4.5 stars for ‘handling and stability’ and this version performs equally admirably. Peugeot has almost discovered its long forgotten ancestry here, with the sort of grip, poise and general dexterity that makes it as interesting to drive as it is to look at. Crucially, it’s not been sacrificed at the altar of ride comfort. 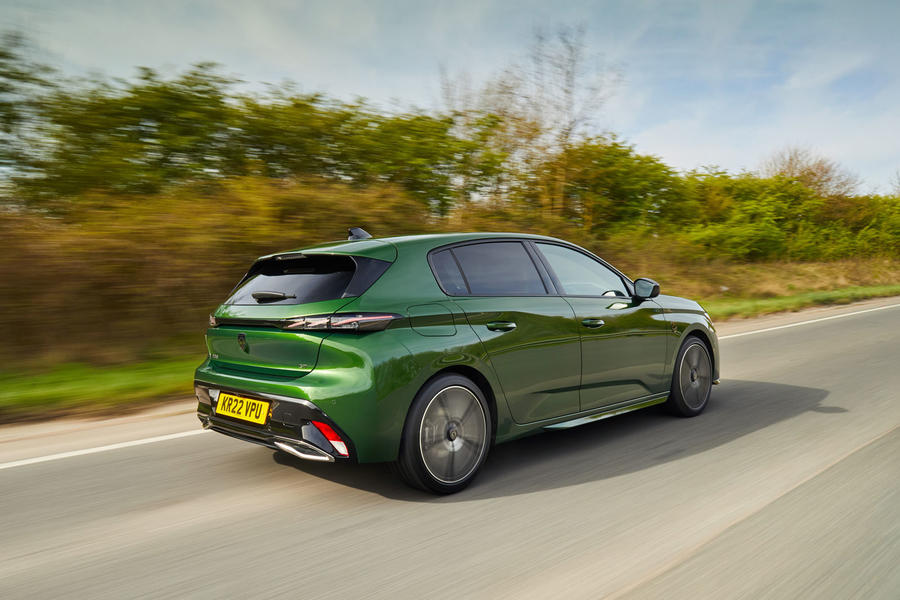