The Peugeot e-208 remains our favourite small electric car – and it’s now been given a number of upgrades for the new model year to make sure it remains there.

Now, let’s be clear: this is a very mild makeover, in the true spirit of ‘if it ain’t broke…’. In fact, Peugeot has already announced a more substantive change coming to the hatch next year, when it will be given a more powerful 156bhp motor and a bigger 51kWh battery.

But let’s not get ahead of ourselves, and instead concern ourselves with the lightly revised version we have here. Because while this updated Peugeot e-208 retains a 134bhp motor and 50kWh (gross) battery, there have been some small but significant upgrades.

While the electric motor’s output might be unchanged, Peugeot has made some updates to increase its efficiency, including a new final drive ratio and a motor efficient heat pump. If those sound familiar, the same updates have been made to the closely related Vauxhall Corsa Electric and Peugeot e-2008. 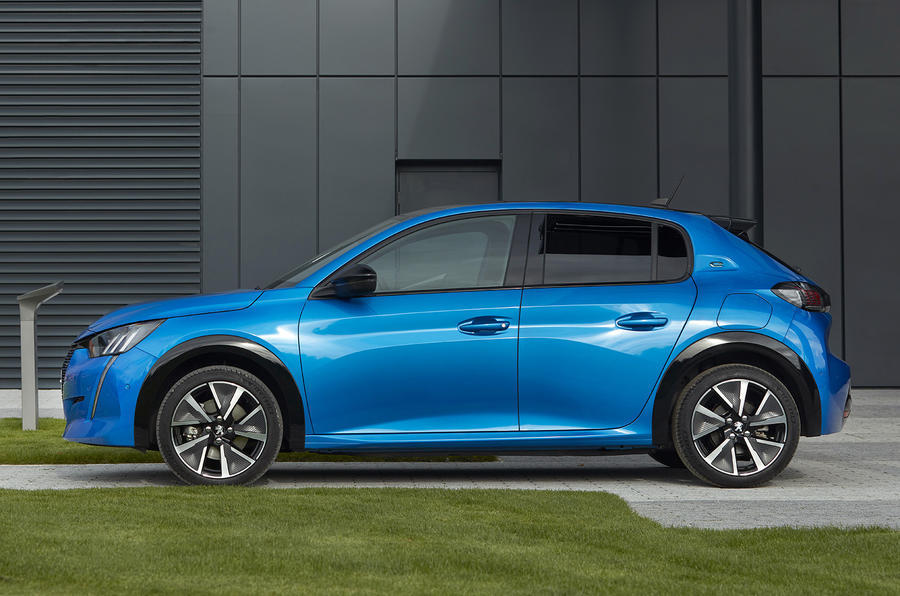 The changes result in a small but significant increase in the range: the official figure is up from 217 to 225 miles. It’s hardly a transformative increase, but it’s definitely useful – you can now actually get around 200 real-world miles from a full charge. That adds to the machine’s practicality, although we’re already excited for the previously mentioned 2023 update that will increase the range to a claimed 248 miles.

While the 134bhp output and 192lb ft of torque produced by the e-208’s motor might be unchanged, that’s not really an issue: it was already the most powerful 208 of any powertrain type, and you’ll rarely find yourself lacking for power when you’re behind the wheel.

The e-208 uses the instant power you get in an electric car to offer the sort of zip and response you’d expect from a small hatch. The responsive steering and relatively soft suspension gives it a pleasing fluidity around town, even on the 17in wheels of our nicely appointed GT Premium test car.

It’s not quite so composed at higher speeds, and we’d prefer the option for greater use of brake regeneration: there’s a single regeneration mode, and it doesn’t quite allow for one-pedal driving. 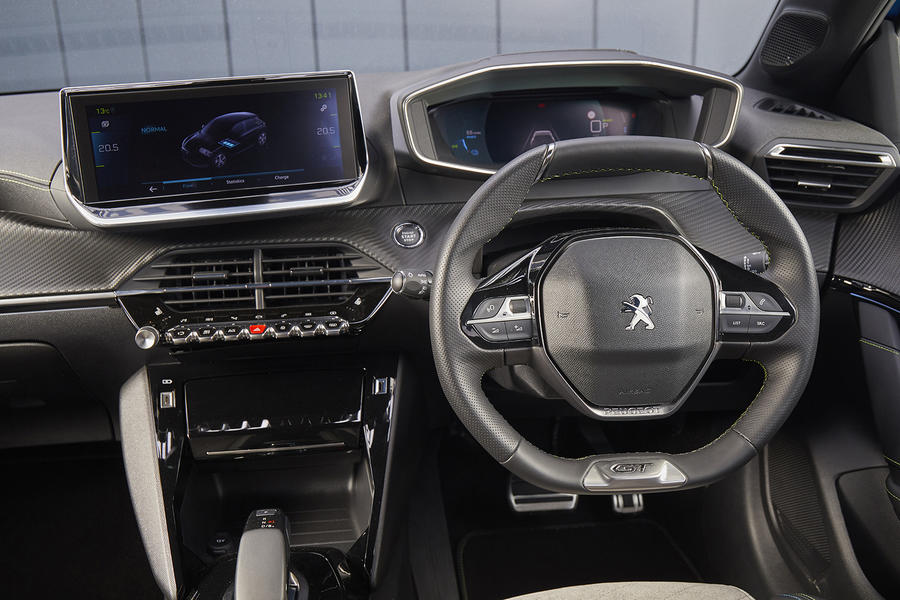