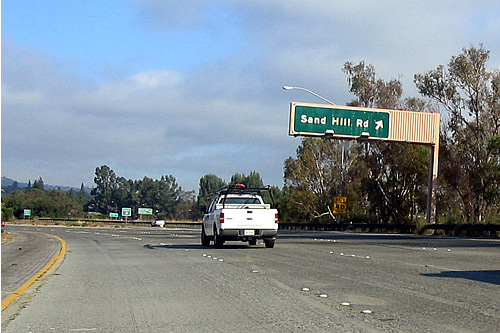 Venture capital activity in the first half of 2022 has remained strong despite ongoing economic issues, according to the latest quarterly report released early Thursday by PitchBook-NVCA Venture Monitor.

Reflecting numbers reported in its first look report last week, PitchBook-NVCA noted that while the number of deals continued to thrive, the value of deals has dropped. The megadeals that defined 2021 were also found to have slowed in the first half of 2022 as investors took a more cautious approach.

In the second quarter, seed-stage investments were insulated relative to the rest of the industry from economic volatility, with the number of seed deals near record highs. The second quarter estimated total seed deal count is near the highest figure record. For the first six months, seed deals total 2,512 — near the full-year levels for 2018 through 2020.

Early-stage venture capital saw a decline, with roughly $16 billion invested across an estimated 1,340 deals. The total deal value dropped well below the record quarterly highs set in 2021, but is still well ahead of pre-pandemic levels.

Late-stage deals declined over previous quarters, but like early-stage deals, they’re still significantly higher than pre-pandemic levels and also notably higher than all quarters in 2020. For the first half of the year there was $93.8 billion invested across 3,048 deals, compared to $112.9 billion and 3,611 deals for the full year of 2020 and $236.2 billion over 5,385 deals in 2021.

Megadeals, venture capital investments over $100 million, also saw a decline in deal value and deal count, but to levels similar to 2020. Twenty-eight megarounds were completed in the quarter, a 35% decline from the previous quarter.

While the money being raised by startups has mixed results, venture capital fundraising continues to go gangbusters. Some $121.5 billion was closed across 415 funds in the first half of the year, making 2022 the second-highest year on record for U.S. VC fundraising and the second consecutive year the total has exceeded $100 billion. However, first-time fundraising has significantly slowed, with just $7.6 billion raised compared with a record $16.8 billion raised by new managers in 2021.

With no great surprise, the most significant slowdown in the sector has been exits such as initial public offerings and acquisitions. VC-backed exit activity in the second quarter largely mirrored the first quarter with a precipitous decline in traditional IPOs. Special-purpose acquisition company mergers also declined in the quarter, bringing the total number of public listings in the first half of 2022 to 42.

The corporate merger and acquisition exit count remained steady, with more than 200 deals closed in the second quarter. The report suggests that with public listings basically off the table, private companies may be looking to strategic acquirers as a more viable liquidity option, albeit with exit value expectations readjusted to align with overall repricing happening across the ecosystem.

For the first six months of the year, there were 831 VC-backed business exits totaling $48.8 billion in value. That compared with 1,880 exits for the full year of 2021 valued at $777.4 billion. At its current rates, exits are on track to be their lowest by value since 2016.

“The second quarter of 2022 brought an expected continuation of market tightening in some parts of the U.S. venture ecosystem,” NVCA Chief Executive Officer Bobby Franklin said in a statement. “However, the industry’s record dry powder continues to fuel critical innovation that is addressing the country’s important needs. The venture industry’s long-term view of investing, even during uncertain fiscal times, is further proof it is a reliable economic engine with an eye toward funding the next generation of great American companies.”