The engine is from the Volkswagen Golf GTI, which probably isn’t what a Porsche owner wants to hear. It’s a good engine, no doubt, refined and responsive enough and a good match for the seven-speed dual-clutch gearbox, yet the engine is hardly raucous in the hatchback and it certainly isn’t in this larger, heavier SUV. It’s an impossibility,  but Porsche should try the Honda Civic Type R’s engine if it really wanted to go down the strong and characterful hot-hatch engine route…

It has been a while since I drove a four-cylinder Macan, admittedly, yet my test route didn’t reveal a substantial difference between the standard car and the T, and  it’s all largely as I remember it. The steering in particular retains lots of feel and feedback, while the ride-and-handling balance is well judged for a car of this type to involve you in the drive rather than excite you by it. There’s never the eureka moment you get when driving one of the six-cylinder Macans fitted with air springs that just hold the road so well and remove any notion that SUVs can’t handle.

Whisper it, but this seemingly ever-young and ever-popular car is also starting to feel a little old. That’s because it is: the ‘second-generation’ Macan of 2018 was really only a substantial refresh of the 2014 original, and this shared architecture wasn’t fresh out of the box then, either.  The cabin architecture and design in particular feel quite staid, T or not with T, and Android Auto inexplicably remains absent. 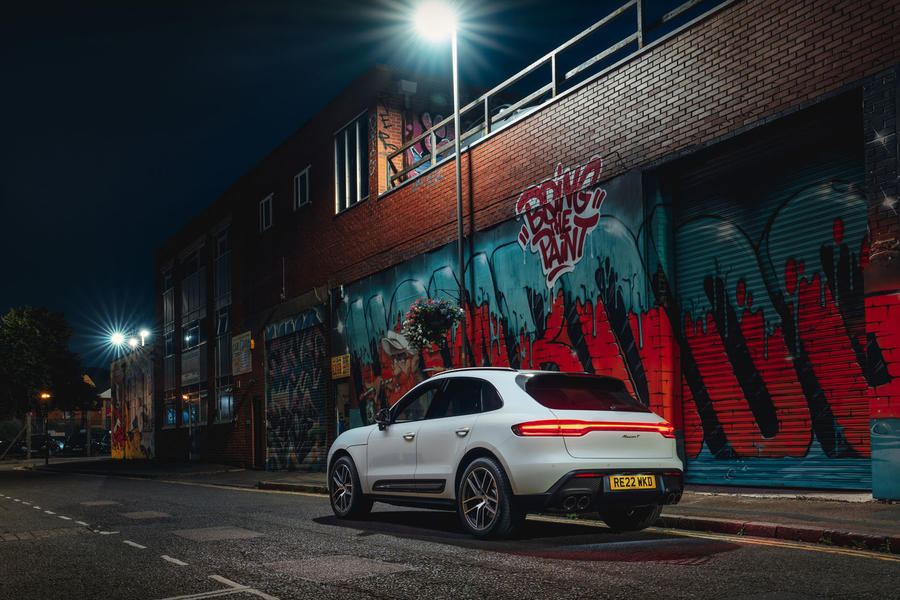