The Taycan Turbo S, which produces 616bhp compared with the Model S Plaid’s 1000bhp, was fitted with a new performance pack.

Available through Porsche Tequipment (but only for customers in Germany for the time being), the performance pack includes a set of 21in, RS Spyder-design wheels with Pirelli P Zero Corsa tyres, which are specially designed for tracking driving. 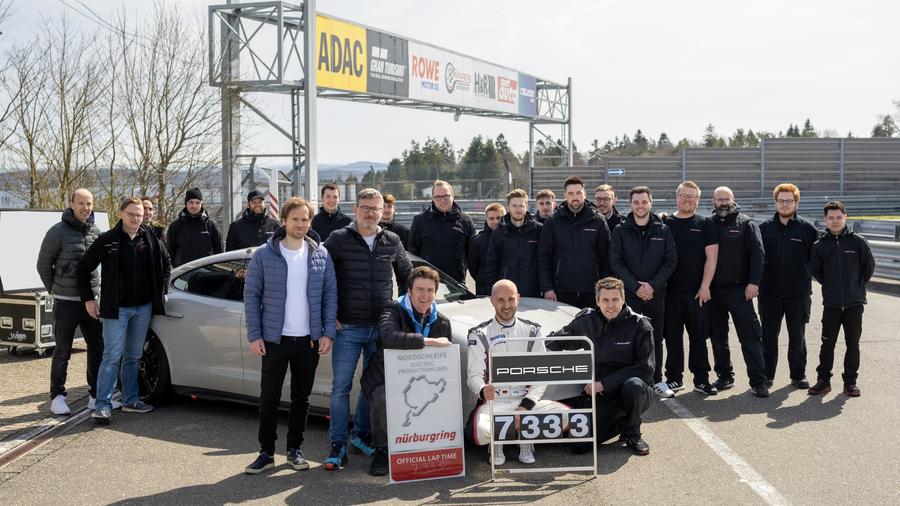 The performance pack also equips the Taycan with an updated dynamic chassis control system that, Porsche says, “analyses and synchronises all the chassis systems of the Taycan in real-time”.

Despite fitting the car with a roll cage and racing seats, the firm said the Taycan weighed the same as the standard production car.

“In the past, only thoroughbred super-sports cars got into the 7:33 range,” said Lars Kern, Porsche’s development driver. “With the new performance kit, I was able to push even harder, and the car was even more precise and agile to boot.”

Porsche set the record for electric production cars in 2019, when the Porsche Taycan Turbo finished in 7min 42sec before it was de-throned by the Model S Plaid two years later.

“We’re delighted that the Nürburgring record for electric cars is back in Porsche’s hands,” said Kevin Giek, vice president of the Taycan model line. “This lap time not only shows how much potential lies in our new performance kit but also confirms once again the sports car genes of the Taycan.”