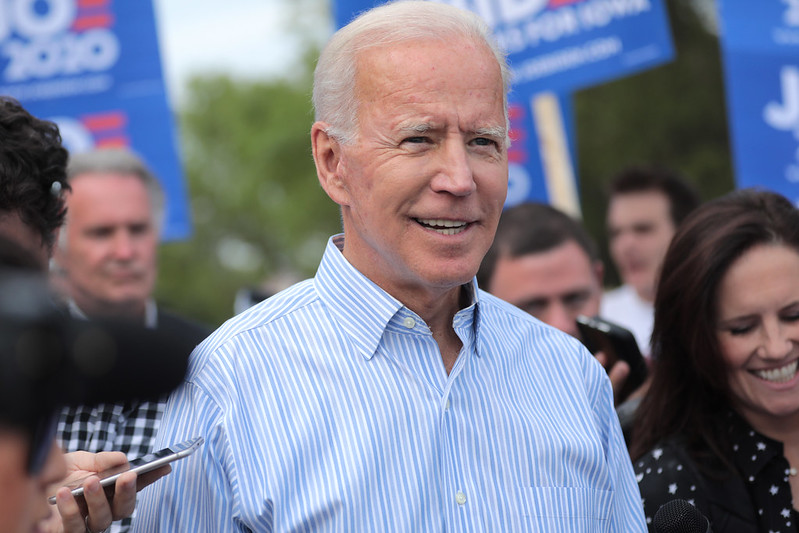 In a Wall Street Journal op-ed today, President Joe Biden didn’t mince his words when he said Democrats and Republicans need to come together to create legislation that tackles some of the more pressing issues regarding America’s tech giants.

Biden (pictured) opened the missive by saying he was proud of what technology companies in the U.S. have done over the years, but like many political voices from the left and the right within the past five years or so, he said some things have just gone too far. He was talking about the exploitation of people’s data, the monopolies of the tech gatekeepers, the danger digital technology holds for the young, and the gulf of separation that has created polarization in terms of political thinking, which Biden says has led to “extremism.”

“We need bipartisan action from Congress to hold Big Tech accountable,” he wrote. His message is clear: Americans have allowed this to get out of control, despite the fact that over the last few years, the executives and bosses of Big Tech have been dragged in front of Congress multiple times.

Lawmakers from both sides have time and again talked about developing new legislation for data collection practices, anticompetitive behavior, the responsibility of hate speech and misinformation, and on protecting kids from possible harms – harms somewhat novel issues in the great scheme of things.

“Social media and other platforms have allowed abusive and even criminal conduct, like cyberstalking, child sexual exploitation, nonconsensual pornography, and sales of dangerous drugs,” Biden wrote, later saying that these companies are part of an unlevel playing field, charging “outlandish prices” and “stifling innovation.”

“We need serious federal protections for Americans’ privacy,” he went on, discussing the exploitation of “highly personal data.” Such protections, he said, “should be even stronger for young people, who are especially vulnerable online.” Targeted ads for kids should be verboten across the board, is his conviction. Another conviction is that social media behemoths should be forced to be more transparent about how they moderates their platforms and how their algorithms sort through content, an issue on many Americans’ minds at the moment.

Biden’s call for unity in going after Big Tech comes at a time when Congress is divided, which may make it hard for new legislation to get passed. His main criticisms have been the focus of politicians’ ire from both sides of the aisle for years, with things usually heating up after whistleblowers have blown the lid off the pot that contains Big Tech’s inner workings. Nonetheless, in terms of actual reform, the collective criticisms might have looked like hot air to the people who’ve been watching what some critics have called political theater.

On the other hand, privacy and free speech advocates have always fought against the government having too much power where Big Tech is concerned. Their worry is that while reform might look good on paper, especially where children’s welfare is concerned, censorship might start to push the U.S. closer to the Chinese model of digital management from the top down.

Still, it would be hard to argue with his contention that there have to be “fairer rules of the road” where competition is concerned. “My vision for our economy is one in which everyone – small and midsized businesses, mom-and-pop shops, entrepreneurs – can compete on a level playing field with the biggest companies,” he said. The so-called gatekeepers have pushed back time and again in this regard, saying quelling their fire will lead to higher prices and stifle innovation. As the U.S. battles with China in a trade war where digital tech plays a major role, it seems unlikely that any legislation that seriously circumscribes a leading tech company to develop new and bigger products will not come any time soon.

“It’s time to walk the walk and get something done,” Biden concluded. “There will be many policy issues we disagree on in the new Congress, but bipartisan proposals to protect our privacy and our children; to prevent discrimination, sexual exploitation, and cyberstalking; and to tackle anticompetitive conduct shouldn’t separate us.”