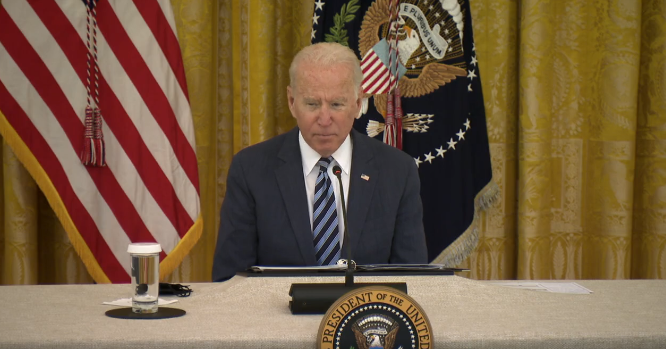 U.S. President Joe Biden has signed the CHIPS and Science Act into law, a bipartisan bill aimed at promoting chipmaking and scientific research.

The act, which Congress passed in August, includes more than $52.7 billion for U.S. companies that produce computer chips and billions in tax credits to encourage investment in chip manufacturing. The bill also provides $200 billion for scientific research, including establishing a technology directorate at the National Science Foundation to turn research into commercial products.

“The CHIPS and Science Act supercharges our efforts to make semiconductors here in America,” President Biden said in a speech at the White House. “America invented the semiconductor and this law brings it back home.”

The new law aims to promote domestic manufacturing of semiconductors and help U.S. companies compete with China in developing cutting-edge technologies. A fact sheet released by The White House emphasized the desire to increase manufacturing in the U.S., noting that “America invented the semiconductor, but today produces about 10% of the world’s supply – and none of the most advanced chips” and that 75% of global semiconductor manufacturing currently takes place in East Asia.

“The CHIPS and Science Act will unlock hundreds of billions more in private sector semiconductor investment across the country, including production essential to national defense and critical sectors,” the White House stated.

Among the first companies to take advantage of the act is Micron Technology Inc., which announced today that it will spend $40 billion through 2030 to expand its semiconductor production in the U.S.

“I thank President Biden, U.S. Secretary of Commerce Gina Raimondo and the full administration as well as members of Congress for their bipartisan support of the CHIPS and Science Act, which is an important step toward solidifying American semiconductor leadership for decades to come,” Micron Chief Executive Sanjay Mehrotra said in the announcement.

Alongside the bill’s signing, the administration also announced coordinated permitting for high-tech manufacturing. The coordination involves launching a sector-specific interagency expert working group on permitting and permitting-related project delivery issues for high-tech manufacturing. The group is designed to ensure collaboration and coordination across federal agencies, the private sector and state and local governments to facilitate timely and effective reviews of all federally-funded projects.

The President’s Council of Advisors on Science and Technology also released new recommendations for semiconductor research and development, including forming a national microelectronics training network for semiconductor workforce development to foster innovation by reducing entry barriers to startups.