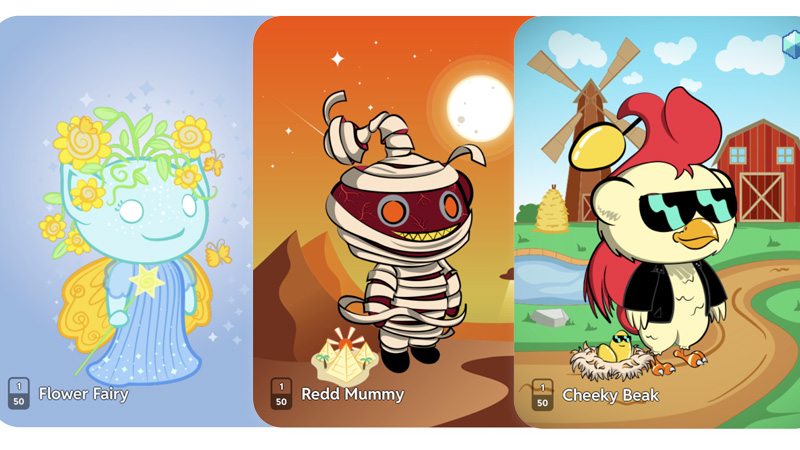 Reddit, the “front page of the internet,” announced today that it’s launching an upcoming storefront that will bring limited-edition series of blockchain-based Collectable Avatars that users can use to express themselves on the social media site.

Customizable avatars, cartoonish portraits that stand in for profile pictures, were introduced to Reddit in 2015 with the Avatar Builder, which was then greatly expanded two years ago allowing mixing and matching of clothing, hairstyles and accessories. That opened up new avenues for personalized self-expression for users on the site.

With Collectable Avatars, Reddit wants to give artists and creators a chance to showcase their own work and create their own avatars and accessories to share with the community. As a result, the first series of Collectible Avatars will be in partnership with those artists and they will be paid whenever the limited-edition avatars are purchased.

The initial early access phase will include nearly 90 different Collectible Avatar designs with a total volume of limited edition avatars set in the tens of thousands.

Users who have these avatars can select them and mix and match their gear with normal Reddit avatars. When they do so they will take on a distinct glow in profile images and comments that will set them apart from other avatars, allowing them to showcase that they’re wearing a Collectible.

To store and track the avatars, Reddit will be using Polygon, an Ethereum-compatible blockchain, that was chosen for its swift, low-cost transactions and commitment to sustainability. The avatars are stored as nonfungible tokens, which are a type of blockchain asset used to represent artwork, music and video game items. As a result, they can be bought, sold and traded between users on the internet for cryptocurrency or money.

Users will be able to purchase the avatars for local currency, such as U.S. dollars, and will not need to use cryptocurrencies.

This is another example of Reddit exploring the use of blockchain technology, which started with a pilot program called Community Points that are powered by blockchain-backed technology. The objective of the Community Points program is to allow users to gain ownership over their own participation and reputation on the website by holding cryptographic keys.

These keys are held in what is called the Vault, a cryptocurrency wallet for Reddit. Community Points are currently stored in the Vault and soon Collectible Avatars can be stored and managed in it as well. Community Points can be used to purchase style badges, highlight colors for usernames and reward other users by tipping them.

At present, Collectible Avatars stored in the Vault cannot be sold or traded to other Reddit users, however, they can be transferred to outside marketplaces. Once transferred, users can sell and trade them for cryptocurrency and the buyer can transfer them back to Reddit and use it as their avatar.

“Reddit has always been a model for what decentralization could look like online,” the company wrote in the blog post about the announcement. With this new feature, the company said, it’s making “early steps” as part of a “mission to better empower” its communities to self-govern and run themselves independently.

Using the blockchain-backed technology on Polygon, artists will be paid for the initial purchase of their avatars as well as receive residual royalties when they’re resold on secondary markets such as OpenSea and Rarible.

As for users who own Collectible Avatars, not only do they get access to limited-edition artwork that they can showcase on Reddit and use as their avatar and mix and match gear, but they will also receive a license to use the artwork on and off Reddit. That’s similar to holders of Bored Ape Yacht Club NFTs who receive derivative image rights from Yuga Labs, the publisher of the artwork.

While Reddit readies the final release of the Collectible Avatars, the company will be slowly allowing a limited number of members into early access. Users given access to the first look will be able to join the r/CollectibleAvatars community to learn more about the technology, how to purchase the avatars, how to set up wallets and get to know the artists.

The storefront and Collectable Avatars will be available to everyone in the coming weeks after the early access period.