The combustion-powered Renault Mégane has bowed out of production for the UK after 27 years and four generations, Autocar has learned, leaving behind the new electric hatchback of the same name.

The fourth-generation Mégane was introduced at the 2015 Frankfurt motor show and went on sale the following summer. It was available in traditional five-door hatchback, estate and – outside the UK – saloon bodystyles – which will continue to be produced in left-hand-drive forms for roughly another two years for various global markets.

Made in Spain and Turkey, it also spawned the firm’s final performance car to bear the RenaultSport badge, before that division was rebranded as Alpine. The Renault Mégane RS Trophy-R took the front-wheel-drive lap record at the Nürburgring in 2019.

The Mégane only recently went solely hybrid in the UK, dropping pure-petrol and diesel engines in favour of a 1.6-litre petrol mated to a 65bhp electric motor for a combined 158bhp – a set-up that also features in the Clio and Captur hybrids.

Figures sourced by Autocar reveal that in 2021, its fifth and final full year on sale, the Mégane sold 793 units in the UK, split roughly evenly between fleet and private buyers. For context, UK buyers bought 21,800 examples of the similarly sized Ford Focus and 30,200 Volkswagen Golfs. 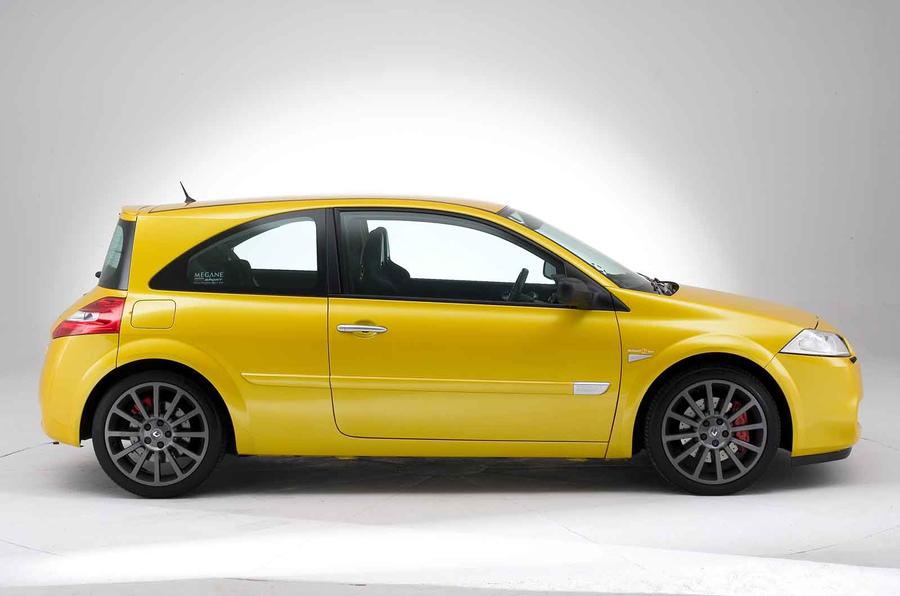 But globally, the Mégane has historically been a significant contributor to Renault’s global sales volumes, with the most recent model’s sales peaking at 168,000 units in 2017, and nudging 70,000 even in 2021.

According to figures from carsalesbase.com, Renault sold 465,778 Mégane models globally in 2004 – the model’s best year on record.